Ministry of Antiquities: A group of Tombs found in Aswan

A group of Tombs found in Aswan
------------------------------------------
Head of Ancient Egyptian Antiquities Sector, Dr. Mahmoud Afify declared the discovery of a group of 18th Dynasty tombs, a small chapel and some archaeological findings at the East Bank, Gebel el- Silsila area, Aswan. The discovery was made within the excavation works done by the Lund University Mission (Sweden) at the area directed by Dr. Maria Nilsson and Dr. John Ward.

Through the preliminary studies of the discovered tombs, clarified Dr. Afify, it was shown that they contain bones of men, women and children in different ages, a matter indicating that the site was inhabited during that time.
Afify added that the tombs were most probably reused during the 19th Dynasty and they are rock cut having crypts and consist of one or two rooms bare of inscriptions. Some of those discovered tombs had stairs leading to a square room then a main entrance and there are paths at each side of the entrance sealed by a huge stone.
On the other hand, General Director of Aswan and Nubia Areas, Nasr Salama stated that this is the first time to discover tombs with stairs at the area, a feature that emphasize the importance of this discovery. Regarding the chapel, Salama clarified that it is a small rock cut structure containing two well preserved rooms and its entrance is decorated with the winged sun disk.
Salama finally added that the Swedish Mission that started its work at the site since 2012 had made the primary cleaning works for the discovered tombs removing the sand from inside. Salama finally pointed out that the site is in a badly preserved state due to erosion and high groundwater levels.
(c) Ministry of Antiquities, Press Office
Wrote: Asmaa Mostafa
Translated by: Eman Hossni
‪#‎Aswan‬
‪#‎Lund_University‬
‪#‎Gebel_Elsilsila‬ 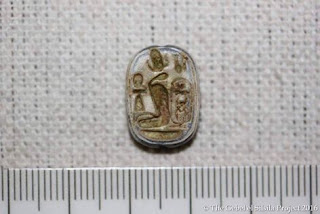 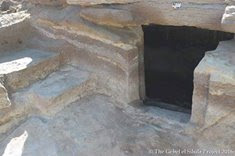 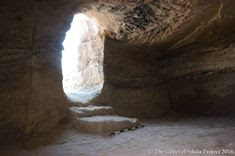 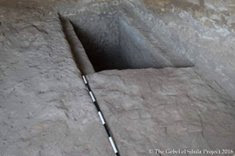