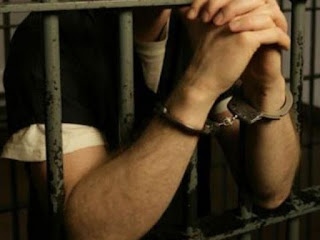 A counterfeit antiquities trafficker remanded into custody in Minya died of low blood pressure on Saturday, security in the Upper Egyptian province said.

Minya security said they had been informed that the 60-year-old suffered a sudden drop in blood pressure at Bani Mazar prison and died upon arrival at hospital.

According to investigators, the suspect, along with a woman and a retired police general, were arrested after being involved in a car accident that brought their illegal trade to the attention of legal forces.

The Interior Ministry has been facing mounting criticism for poor prison conditions and alleged torture of detainees, accusations which the ministry persistently denies.