One of Poland's most abundant art museums is now among 850 cultural hubs from 60 countries allowing access to their collections at the Google Cultural Institute platform. 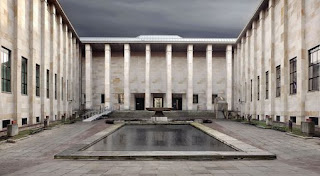 The museum, which brandishes some 800,000 artefacts, ranging from ancient Egyptian and Greek art to contemporary works, will showcase some of its most prized collections. These include the Faras Gallery − Europe's largest collection of Christian Nubian art from the early medieval period. Another gallery made available at the click of a mouse is that of medieval art, offering an array of unique sculptures, panel paintings and gold masterpieces from various regions.

Art lovers across the globe are now also able to look up the museum's 19th-century canvasses, with all three galleries featuring nearly 1,000 exhibits online altogether.

The museum, which first began to digitise its artworks in 2013, looks to further expanding its offer of art pieces on the Google platform.

The Google Cultural Institue features a total of 17 Polish art institutions, including the historic Wilanów Palace Museum in Warsaw and the Museum of Art in Łódź, known for its modern art collection. (aba/rk)