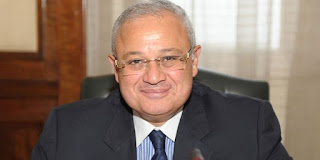 CAIRO: Minister of Tourism Hisham Zaazou received the first direct charter flight coming from Netherlands to Luxor Sunday evening, according to a statement by the ministry.

Zaazou said the route will become “a weekly flight” and will be followed with more direct flights to the tourist city of Luxor.

He also underlined that the presence of Dutch media on the flight “will have a great impact on reflecting a real positive image on the Egyptian tourism, especially in Luxor, which is one of the important tourist destinations in Egypt.”

According to him, the flight is one of the outcomes of the “continuous efforts from the ministry and the government to restore the tourism movement in Egypt in general and in Luxor in particular.”

The statement added that, in the same context, Zaazou received a total of 120 Ukrainian travel agents during their tour in Luxor on board of MS Lady Mary Nile cruiser. The agents are planning to promote Egypt’s Nile cruising tourism in the Ukrainian market.

“The Ukrainian tourist is used to visiting Egypt to enjoy beaches, but [his/her] visit to Luxor will provide him a unique tourist experience in winter season,” Zaazou said to the Ukrainian delegation.