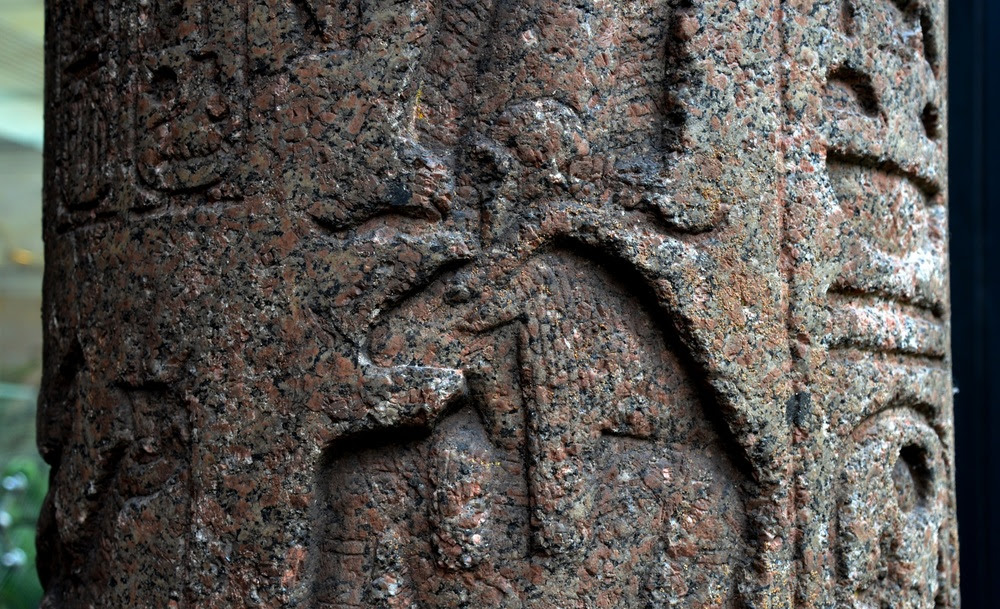 A god we really should be more familiar with.
Around 1,250 B.C., King Ramesses II ordered a new temple to be built at Heracleopolis, around 120 km south of modern Cairo. It was to be dedicated to a ram-headed god named Herishef.
While many of us are familiar with the likes of Amun-Ra, Osiris, Horus and Isis, Herishef is a virtual unknown. Herishef was a creator god who was associated with the sun-god Ra. His name means ‘He who is upon his lake’. The lake probably refers to the primordial waters from which he rose, or perhaps the sacred lake which was usually attached to each temple. It was clearly important to Ramesses to demonstrate his devotion to this little-known god.
Inside the temple were six pink granite columns that contrasted with the rest of the building; because they belonged to someone else.
By Ramesses' time the columns were already 1,200 years old. He had the six hauled from the ruins of an Old Kingdom pyramid temple at Saqqara or Abusir, near modern Cairo. Whilst Ramesses II was clearly devout, he was also highly practical; why go to all the effort of carving his own columns when there are some perfectly good ones just lying about? Ramesses had the original owner's name scrubbed out and his own image offering to various gods emblazoned across them.
The two columns that flanked the doorway to the inner, most sacred part of the temple show Ramesses II offering sweet-smelling incense  to Herishef himself. Pictured is one of them. Today it is in the South Australian Museum in Adelaide, Australia. It's twin is in the Manchester Museum in the U.K.
3,000 years after Ramesses II had the columns moved from their original temple to his shiny new one, they were again on the move. In 1891 the ruins of Ramesses' temple was discovered and the fine granite columns were carted off to six museums around the world; in London, Boston, Adelaide, Manchester, Bolton, and Philadelphia.
Given that the columns are one of the best-known examples of ancient Egyptian columns displayed in museums all over the world, you would think more people would have heard of our friend Herishef.