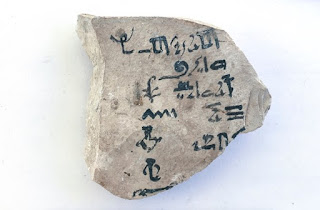 View Related Gallery »
This is a photo of the earliest abecedary. (Nigel Strudwick) 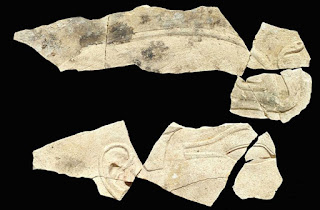 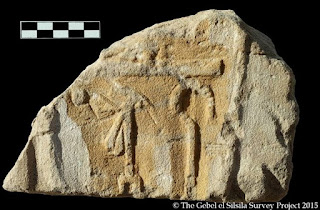 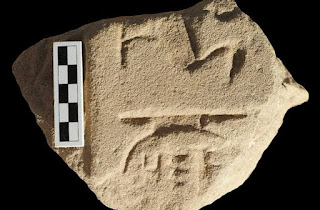 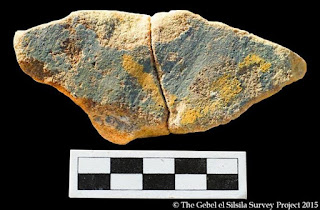 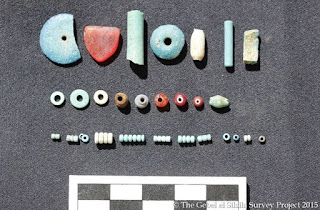 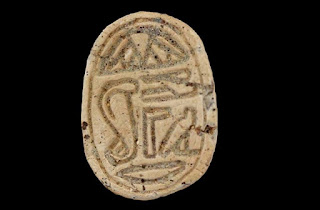 The world’s oldest-known alphabet primer was found in a list of ancient Egyptian words inscribed on a shard of pottery from the 15th century B.C., according to a new study.

Called ostracon, the flake of limestone was unearthed near Luxor over 20 years ago. British Egyptologist Nigel Strudwick found it as he excavated Theban Tomb 99, which was the burial of Senneferi, a 18th Dynasty official who lived under the reign of Tuthmose III.

The ostracon contains an incomplete list of words written in hieratic, the cursive script used in ancient Egypt for some 3,000 years. The instructional list of words in alphabetical order is called an abecedary.

The text remained obscure until recently, when it was deciphered by Ben Haring, a Dutch Egyptologist working at Leiden University.

“The abecedary is basically a list of words ordered by their first consonant sounds. The order is not the ABC of modern western alphabets, but Halaḥam (HLḤM), the order known from the ancient Egyptian, ancient Arabian and classical Ethiopian scripts,” Haring told Discovery News.

Haring made his discovery in the context of a research project on Ancient Egyptian identity marks funded by the Netherlands Organization for Scientific Research (NWO).

He found that in the 3,500-year-old abecedary, the first string of characters on the obverse is for Egyptian hy-hnw “to rejoice.”

“The words should be read from right to left. To the left is a column of individual signs that appear to be abbreviations of the words. Very possibly they even render the initial consonants of the words, which would make them alphabetic signs,” Haring said.

Indeed, the character at the far left represents a rejoicing man and thus belongs to the word.

Detailing his study in the Journal of Near Eastern Studies, the researcher noted the finding shows that alphabetic tradition — the order itself, and the very notion of alphabetic ordering — was present in Egypt already in the 15th century BC.

“So far, we do not know of any earlier abecedary, in whatever script,” Haring said.

Inscriptions in the Sinai Desert and in southern Egypt are thought to be the earliest known alphabetic characters. Many of such characters were clearly inspired by Egyptian hieroglyphs.

“Some of these characters are in the left column of the word list on the ostracon, and could help reconstruct the earliest-known alphabet,” Haring said.