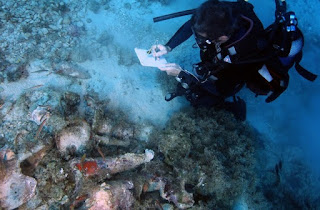 The cargoes revealed long distance trades between the Black Sea, Aegean Sea, Cyprus, the Levant, and Egypt in all those periods. At least three ships carried amphoras, or jars, that have not been found previously on shipwrecks. 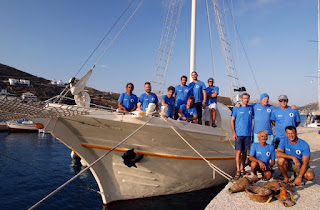 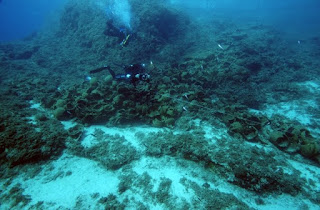 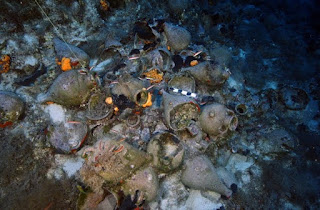 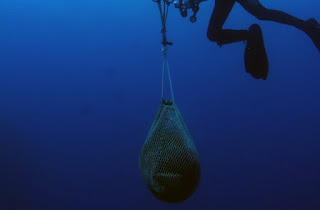 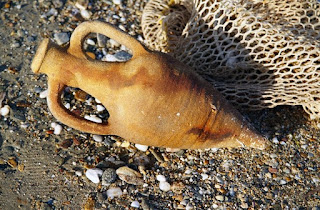 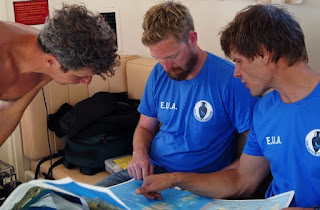 Underwater archaeologists have discovered 22 shipwrecks around a small Greek archipelago, revealing what may be the ancient shipwreck capital of the world.

Hailed as one of the top archaeological finds of 2015, the discovery was made by a joint Greek-American archaeological expedition in the small Fourni archipelago with an area of just 17 square miles. This is a collection of 13 islands and islets located between the eastern Aegean islands of Samos and Icaria.

"Surpassing all expectations, over only 13 days we added 12 percent to the total of known ancient shipwrecks in Greek territorial waters," Peter Campbell, of the University of Southampton and co-director from US based RPM Nautical Foundation, told Discovery News.

Fourni lies right in the middle of the major east-west crossing route, as well as the north-south route that connected the Aegean to the Levant. Ships traveling from the Greek mainland to Asia Minor, or ships leaving the Aegean for the Levant had to pass by Fourni.

"Ikaria and the west coast of Samos have no harbors or anchorages, so Fourni is the safest place that ships could stop in the area," Campbell said.

It was the first time that an underwater archaeological expedition was organized to the islands. Archaeologists from the Greek Ephorate of Underwater Antiquities and RPM Nautical Foundation worked with local sponge divers, fishermen, and free divers, and were more than surprised by the results.

Funding was provided by the Honor Frost Foundation, a UK charity that supports research in the eastern Mediterranean through an endowment from pioneer maritime archaeologist Honor Frost.

"In a typical survey we locate four or five shipwrecks per season in the best cases," Greek director George Koutsouflakis said.

"We expected a successful season, but no one was prepared for this. Shipwrecks were found literally everywhere."

"What is astonishing is not only the number of the shipwrecks but also the diversity of the cargoes, some of which have been found for first time," Koutsouflakis said,

The cargoes reveal long distance trades between the Black Sea, Aegean Sea, Cyprus, the Levant, and Egypt in all those periods. At least three ships carried a cargo of amphoras, or jars, that have not been found previously on shipwrecks.

The archaeologists mapped each shipwreck using photogrammetry to create 3D site plans. Representative artifacts were raised from each wreck site for scientific analysis and may go on displays in museums once conservation work is over.

According to the team, the volume of wrecks found around Fourni speaks more to the large amount of traffic passing along that route than about the islands being unsafe.

"Given the 22 wrecks and the date spread of the finds, it equals about one wreck per century -- a pretty safe bet for sailors," Campbell said.

"These wrecks were likely caught by a sudden storm or equipment failure, such as a broken rudder that prevented to control the ship," he added.

However, the number of wrecks is likely to increase. The archaeologists have only examined about 5 percent of the archipelago's coastline, and are confident that many more wrecks will be discovered.

"We plan to return to Fourni next year to continue the survey," Campbell said.