Egypt to have strong presence at BBC Arabic Festival 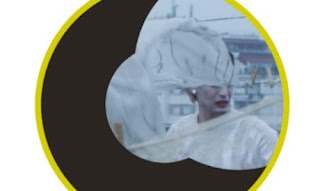 "The BBC Arabic Festival is a free event that presents a diverse range of short films and documentaries from across the Middle East by Arab and non-Arab filmmakers. The Festival takes place over four days at the BBC headquarters," read the information on the festival's website.

The festival will take place in the Radio Theatre at BBC Broadcasting House in central London and runs from Friday 30 October to Monday 2 November 2015.

The festival will screen works in four different categories – short films, feature documentaries, short documentaries and reportage from across the region. Each year, the winners of each category are announced on the closing night.

This year sees entries from a few Arab countries including Iraq, Libya, Syria, Morocco and Jordan.

Egypt will also be represented with several films. One of them, Shayma, was directed by Egyptian journalist Abdulfattah Farag and will be screened on the opening day. Farag is a 2014 BBC Arabic Young Journalist Award winner.

The opening day will also witness the screening of the documentary Pregnant and in Chains, in which the Beirut-born Dutch-Armenian freelance director Christine Garabedian explores the United Arab Emirates' laws governing sex outside marriage, focusing on the fates of domestic workers and victims of rape.

Also on 30 October, two concerts will take place, by British-Bahraini trumpet and flugelhorn player, Yazz Ahmed and Bushra El-Turk with her ensemble Zar.

Egypt's presence will span throughout the entirety of the festival with a number of feature documentaries: Cairo Drive directed by the currently USA based Sherief Elkatsha, Tuk Tuk by Romany Saad and Arij: Scent of Revolution narrated by director Viola Shafik.

They will be paralleled with screenings of a short film Odd by Haitham Dabbour, a short film reportage by Aly ElSotohy and a short comedy Ibn Bnoot by Mina Magdy.