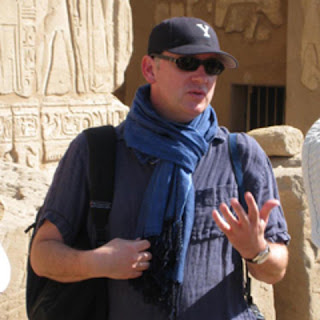 Egyptologist and Director of the Ahmose and Tetisheri Project at Abydos, Egypt
Since 1993, Stephen Harvey (Ph.D., U. of PA) has been Director of the Ahmose and Tetisheri Project, which centers on excavation of the monumental complex of King Ahmose at Abydos, under the aegis of the Pennsylvania-Yale-Institute of Fine Arts, NYU Expedition to Abydos. Dr. Harvey’s fieldwork in and around the pyramid complex of Ahmose (ca. 1550-1525 B.C.) has provided important new insight into temple architecture and decoration at the outset of Egypt’s New Kingdom. His book on the excavations to date is forthcoming from the Oriental Institute Press, University of Chicago. He has also worked on archaeological projects in Egypt at Giza and Memphis, as well as in the U.S., Syria, and Turkey. Currently an Adjunct Assistant Professor at Stony Brook University, Dr. Harvey has been consulted on and interviewed for a number of television documentaries for NOVA on PBS, the History Channel, and National Geographic (among others). He has also been a popular lecturer for many years on tours to Egypt and the Near East sponsored by the Smithsonian Institution, the Field Museum, the Explorer’s Club, the Petrie Museum in London, and the Archaeological Institute of America. He has  taught several courses for the Bloomsbury Summer School in London and in Egypt