The posting says Oct. 5 is the opening date, but Nov. 5 is on a Thursday, and this posting just happened.

Antiquities Minister, Dr. Eldamaty is to open three New Kingdom Tombs next Thursday October 5, 2015 in front of their visitors for the first time since their discovery at Qurnat Marey' Area – Luxor. The Ministry of Antiquities also celebrates the reopening of two other tombs; that of Horemheb and King Thutmosis III at the Valley of the Kings after the termination of their regular maintenance works.

Eldamaty clarified that the three tombs that will be opened for the first time are among the most important tombs of the Nobles at this period and they are: Tomb TT 40 of " Imn hotep – Hwy" Deputy of King Tutankhamun in Kush and Governor of the South Lands, Tomb TT 277 of " Imnement" who carried the title of the godfather of Imn hotep III palace, in addition to Tomb TT 278 of " Amunemheb" who was the keeper of Amun Re Cattle in the New Kingdom.
Eldamaty added that this step comes within the Ministry's general plan to open new archaeological sites for encouraging tourism.
On the other hand, Dr. Mostafa Wsiry General manager of Luxor Archaeological Area said that the two tombs of Ramses III and Ramses IX will be closed in order to terminate the lighting project there.

All these openings coincide with the celebrations of Luxor Governorate of its national day (4-11-2015). A number of activities will take place at this day and will be witnessed by the Minister of Antiquities accompanied by a number of Ministers and public figures. Among the activities are a pharaonic ballet performance organized by the Cairo Opera House at in front of Hatchepsut Temple. The Egyptian Armed forces will also participate with a military music performance touring the whole country in addition to pop dancing and fireworks. 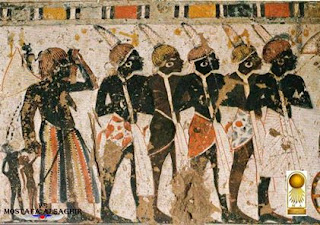 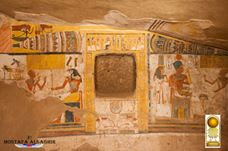 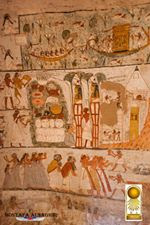