An exhibition on Egypt's military history was inaugurated Saturday at the Suez National Museum, marking heroic resistance to Israel in the 1973 war 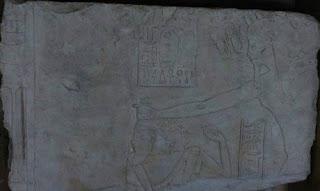 The National day of Suez commemorates the heroic resistance of the local citizens in the city on the Suez Canal during the October War between Egypt and Israel. Residents who opted to stay home after the 1967 war of Suez foiled on October 24th the attempt by Israeli army tank divisions to capture the city.

Elham Salah, director of the museums section at the Ministry of Antiquities, told Ahram Online that the exhibition will last for three days and visits to the museum would be free of charge on the days of the exhibition, starting today (Saturday).

Salah explained that the exhibition relates the history of Egypt's army since the ancient Egyptian era through to modern times.

It includes 50 artefacts that are carefully selected from the Suez Museum's collection, whether exhibited or stored. The objects include of a collection of statues depicting renowned ancient Egyptian military leaders, limestone reliefs depicting captives, as well as a number of weapons such as swords, guns, silver armor and arrows.

On the fringes of the exhibition, a play and an operetta were organised, as well as a sports day for school children.

a statue of a captive 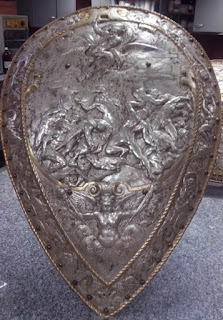 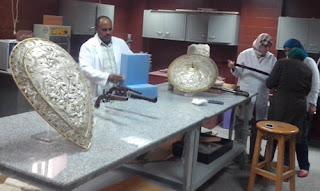 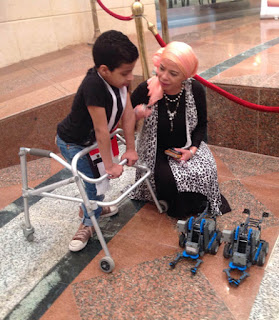