Stopping the sale of stolen antiquities

Legal measures are being taken to stop the sale of stolen Egyptian antiquities in London, reports Nevine El-Aref 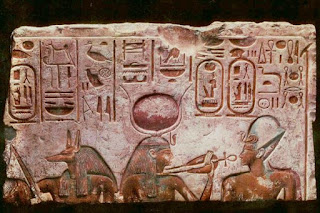 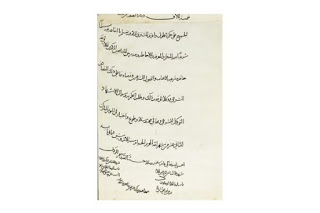 A Page from the Manuscript.

Egypt’s Ministry of Antiquities has taken legal measures to stop the sale of a collection of Islamic objects that were due to be put on sale at Sotheby’s auction house in London on Wednesday, Minister of Antiquities Mamdouh Eldamaty announced on Monday.

The minister said that the collection includes Islamic artefacts and manuscripts that go back to the era of Sultan Qansur Al-Ghouri. Among them is a deed of endowment mentioned in a book by art professor Mohamed Amen, A Catalogue of Cairo Documents Until the End of the Mameluke Sultanate.

The ministry reported the planned sale to the Ministry of Foreign Affairs, which has taken all possible steps to stop the auction of these objects as they were stolen and illegally smuggled out of the country in the aftermath of the 25 January Revolution.

In a separate development, a New Kingdom relief that was stolen and smuggled out of the country has also been retrieved in England. The limestone relief, dating back to between the 16th and 11th centuries BCE, was recovered on Sunday from an auction hall in London after two weeks of negotiations.

Eldamaty told Al-Ahram Weekly that the ministry was informed about the relief by a curator at the British Museum, Marcel Marée. Marée sent a photograph of the piece to the ministry, asking about its authenticity, as the piece had been put on display in an auction hall in London.

Eldamaty assigned an archaeological committee to inspect the relief and the committee later confirmed its authenticity. A report was filed with Egypt’s Tourism and Antiquities Police and a similar one was sent to Interpol in order to stop the sale.

Ali Ahmed, director of the Recuperation of Antiquities Department at the ministry, said that the relief was then confiscated by the British police and is due to be returned to Egypt next week.

He explained that the relief was stolen during illegal excavations in Egypt. The relief is engraved with a scene depicting the 19th-dynasty king Seti I before the goddess Hathor and god Web Wawat. It also bears a hieroglyphic text and the names of several ancient Egyptian deities from the Assiut governorate in Upper Egypt.

“It is a very important relief as it depicts an undiscovered temple of King Seti I in Assiut,” Ahmed said.