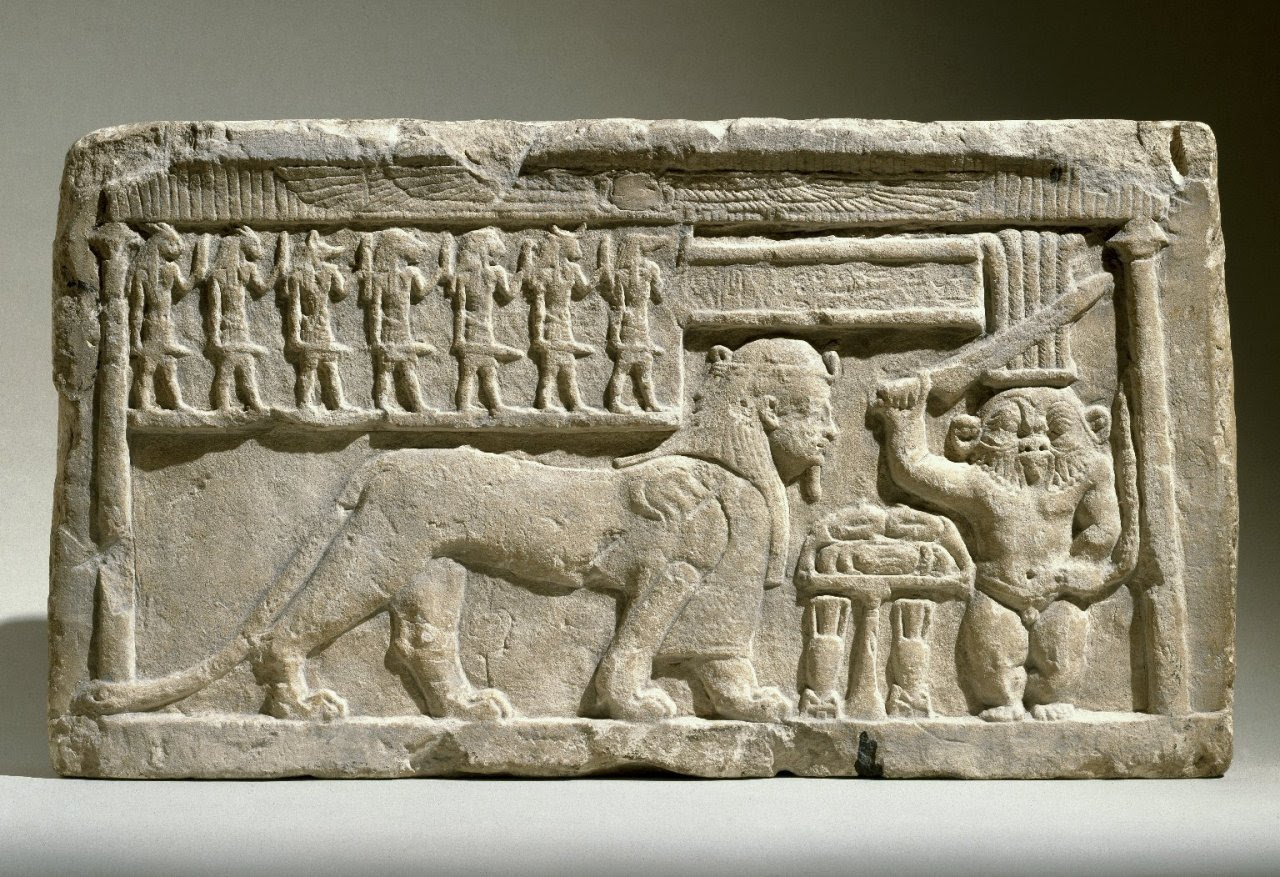 Happy #Caturday from the Brooklyn Museum! This is a monthly celebration of cats based on our exhibition Divine Felines: Cats in Ancient Egypt.
Although most ancient Egyptian feline divinities are female, several male gods with feline features were also venerated. The most popular of these are Bes and Tutu, who often appear together as they are both closely connected with healing and magic. Unlike most Egyptian deities, they were not portrayed in the form of an animal or an animal-headed human. Rather, they appeared as human-feline composites, bizarre by Egyptian standards. Bes is shown as an achondroplastic dwarf with a frontal leonine face brandishing a sword; and Tutu as a sphinx with the body of a lion and head of a king. Tutu’s power is emphasized by the seven demons pictured above him - their heads of crocodile, bull, lion, baboon, jackal, ibex and hare harness various powers of the animal world. The gods’ feline features signified protection of the most precious and dangerous aspects of life.
Reliefs on stelae such as this one were intended to placate the gods, keeping them in a favorable disposition. Alternately, likely placed in a temple, they served a votive function, expressing the donor’s gratitude for protection against illness and misfortune.
See Bes and Tutu and other ancient Egyptian cats on view now in #DivineFelines!