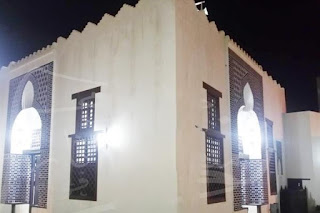 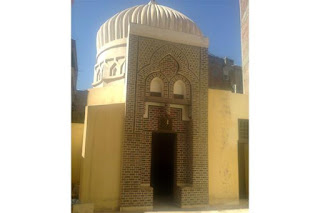 Fuwah, the city of mosques on the Rosetta branch of the Nile, was in the limelight last week, writes Nevine El-Aref. Two of its most important mosques, Abu Issa and Al-Sada Al-Sebaa, were officially reopened after restoration.

Both mosques finally reached the end of their restoration after three years of hiding under scaffolding and piles of sand. Like other Islamic monuments in Fuwah, the condition of the mosques had been affected by high subsoil water levels, high levels of humidity, leakage from fountains used for ritual ablutions, and outdated and broken sewerage installed 100 years ago.

“One of the most serious causes of the damage was the poor use of the mosques by worshippers, as well as the number of new buildings encroaching on them,” said Mohamed Abdel-Latif, head of the Islamic and Coptic Antiquities Department at the Ministry of Antiquities.

He said that the walls of the monuments had cracked, masonry was damaged, and the condition of the ceilings and the water fountains was critical. Wooden ceiling decorations were heavily stained with smoke, while most of the decoration on the minarets was broken. The mosques had been closed to prayer and visitors, he said.

The walls were reinforced, missing and broken stones replaced and masonry cleaned and desalinated. The mosques now stand as proudly as they did in the past.

Waadallah Mohamed, head of the Projects Department at the ministry, said that all the restoration was carried out according to the latest and most scientific methods. “Every effort was made to ensure that all the original architectural features were retained,” he said, adding that the Ottoman monuments were being preserved for future generations and the entire neighbourhood revived and upgraded.

Minister of Antiquities Mamdouh Eldamaty described the event as “a very important move towards returning the fame of Fuwah as the third city in Egypt for its Islamic monuments after Cairo and Rashid [Rosetta].”

Fuwah, he continued, has 365 mosques and domes from different periods and is home to what is considered the first mosque to be built in Africa, Al-Sadat Qorish.

Fuwah is an “open-air museum for Islamic monuments,” he said, but time and neglect have taken their toll on the edifices. “The restoration and inauguration of these two mosques came about within the framework of the ministry’s programme to preserve the country’s Islamic heritage and to provide new tourist attractions,” Eldamaty told Al-Ahram Weekly.

He said that both mosques are important Ottoman buildings with important Islamic decoration. The Mosque of Abu Issa dates back to 1762 CE; according to the foundation stone located at its entrance, the mosque was renovated during the Ottoman period by a man named Sheikh Mohamed Ben Sheikh Abdo.

It has two entrances decorated with bricks. Inside, the mosque is a rectangular shape divided into three sections by arcades with marble pillars. Two rooms located beside the mihrab (pulpit) were once used as a kuttab (Quranic school). A mausoleum is located in a yard behind the mosque.

The Mosque of Al-Sada Al-Sebaa was built in 1731 CE and was renovated by the Emir Ahmed Agha Gawashan. It has four facades and three entrances decorated with foliage decorations and burned bricks.

The interior design is similar to that of the Abu Issa Mosque, but it also has a room leading to a minaret that is of a square-base design, topped by an octagonal floor with restrained architectural details ending in stalactites.