Egyptian tourism officials will focus on security, cultural tourism and the quality of its resorts in a bid to attract a return of its tourism market. 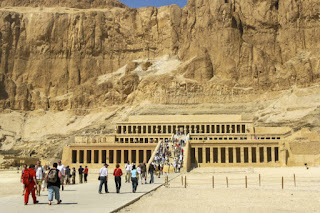 Following a conference hosted this week in Cairo, which was attended by more than 200 tourism delegates from 25 countries, the Egyptian minister for tourism announced the Cairo Tourism Declaration.

Outlining its strategy for 2016 and beyond, Hisham Zaazou said the focus on security would ensure the safety of everyone travelling in the country as well as using its airports, visiting historic sites and staying in resorts.

Cultural tourism will continue to play a major role thanks to the country’s wealth of antiquities while two committees will work to support and enhance the country’s resorts to better the visitor experience.

Zaazou also pledged to make the conference an annual event in the wake of the first one, which attracted delegates including senior tourism representatives, ambassadors to Egypt from key markets and UNWTO secretary general Dr Taleb Rifai.

Zaazou added the conference came in the wake of a survey of 2,805 respondents in seven key markets including the UK which showed 61% want to visit the country while 53% said it was a “must-visit” destination or “the next big thing”.

He said: “Our market research demonstrates that there is huge interest for tourists to visit Egypt. We need to maximise that potential. This is why the Cairo Tourism Declaration is so significant.

“This declaration reinforces our commitment to ensure Egypt reclaims its rightful position as one of the most sought after places to visit in the world.

“This year has the potential to be an extraordinary year for Egyptian tourism if we find out that there is something behind Tutankhamun’s tomb. We will know in a few months’ time.

“The world – and Egypt – is waiting with building anticipation.”

The conference was held as the country’s tourism market continues to suffer in the wake of the bombing of a tourist aircraft departing Sharm el-Sheikh last year, which has since seen the suspension of all UK flights to the airport as a result.

The move was described as a “catastrophic development” for the country’s tourism business while UK operators and agents have reported deep falls in sales to the country.