As the Brooklyn Museum excavations wrap up at the temple... 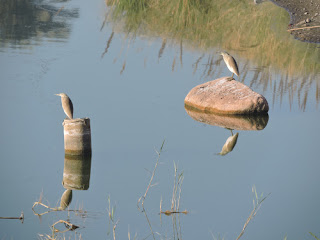 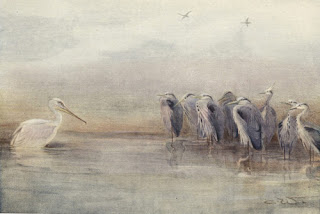 From Egyptian birds for the most part seen in the Nile Valley / by Charles Whymper. 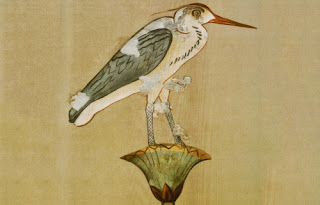 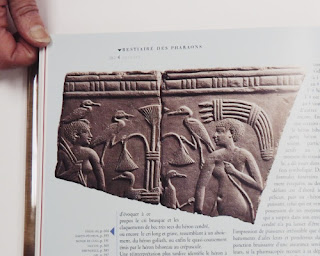 As the Brooklyn Museum excavations wrap up at the temple precinct of the goddess Mut, #bkmlibrary has followed the progress from afar. The team spent the season digging, clearing, cataloging and measuring—the dig season is short and there’s so much to discover!

But in the midst of all of this bustle and activity, sometimes a little piece of eternity falls into your hands. A picture of two Egyptian herons resting on Mut’s sacred lake (the Isheru) shared by our archaeological team reminds us that while new discoveries are being made, there is a timeless continuity between the ancient world and our own.

These placid herons on Mut’s moon-shaped sacred lake have inhabited the region—and posed for artists—for thousands of years. Here they are drawn by the artist Charles Whymper in 1909. Egyptians herons are chronicled in Nicoll’s Birds of Egypt and in the rare A Handbook to the Birds of Egypt by G.E. Shelley From 1872. The species is also featured in a beautiful new acquisition by the Wilbour Library Bestiaire des Pharaons.

How many archaeologists and curious travelers have these creatures seen come and go? We must remember—The life of the dead is set in the memory of the living (Cicero)—and our present excavations will contribute new artifacts and memories to bring the past to life.