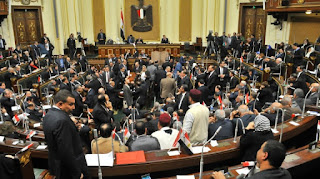 Sedky, who is a member of the parliamentary committee on tourism and antiquities, said that he is currently seeking a unified law on tourism. This law would regulate and reform all previous legislative initiatives and decisions governing tourism activity to address the circumstances and developments witnessed in this sector over the past five years.

Sedky believes that the current legislative framework has hindered the recovery of the tourism sector.

Tourism accounts for 11.3% of Egypt’s Gross National Product (GNP), according to Sedky. The sector also provides approximately 3.5 million jobs, as well as accounting, directly and indirectly, for one fifth of the influx of Egypt’s foreign capital.

Sedky stated that the tourism sector has suffered in the past five years due to the migration of skilled labour, a halt in training programs, and the delay in issuance of the labour law.

The Egyptian Businessmen’s Association (EBA) rejected a draft of the unified labour law, and is currently working on a new draft.

Sedky called for the General Authority for Tourism Development to immediately cease offering new plots of land to investors. In order to ensure that the supply of tourism and hospitality services does not exceed tourist demand – especially in light of the relative scarceness of demand following the downing of the Russian commercial jet in October 2015—Sedky demanded that the authority focus on the completion of projects currently under construction.