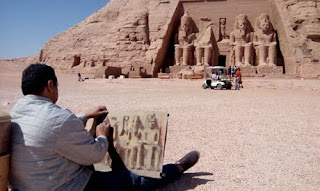 On Monday 22 February, tourists and top officials from the Aswan governorate, the antiquities and tourism ministries, as well as Egyptian and foreign journalists, photographers and TV presenters, will flock to Abu Simbel temple that overlooks Lake Nasser.

Before sunrise they will admire the equinox when a stream of light gradually sneaks through the temple's sanctuary and illuminates the faces of King Ramses II and the gods Re and Amuns’ statues.

However, the statue of the god of darkness Ptah will remain in the shade because of its connection to the underworld.

This phenomenon is repeated twice every year and coincides with the king's birthday and coronation, but as there is not quite enough evidence to support this, some believe that they represent the days of cultivation and harvest.

However, this time the equinox coincides with the golden jubilee of the Abu Simbel temples salvage operation.

Hamdi El-Sotouhi, the founder of Abu Simbel salvage campaign, describes this year’s celebration as unique and a message to the whole world that Egypt is a country of peace, science and great civilisation.

He told Ahram Online that the celebration is completely different than usual and includes several events.

Entitled “Abu Simbel in the Eyes of Painters," a plastic art exhibition is to be organised at the footsteps of the temple where a group of Egyptian artists are to draw a collection of paintings expressing their thoughts on the temple’s salvage operation.

An imitation of the Abu Simbel salvage operation is to be shown revealing how the architects dismantled the face of King Ramses II, the head of the statue.

The jubilee celebration is to last for two days initially, said El-Sotouhi, though will continue until 2018 due to several events that will highlight the goals of the 1960s salvage operation for Abu Simbel and Nubian temples. 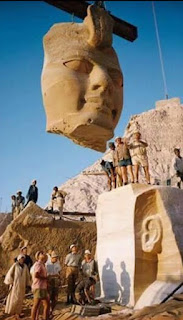 Minister of Antiquities Mamdouh Eldamaty told reporters during a press conference held on Tuesday afternoon that the launching of the Abu Simbel jubilee celebration is only connected to Abu Simbel temple and not to any other ancient Egyptian temples.

"If any equinox occurs in any other ancient Egyptian temple it is just a coincidence," Eldamaty said. He explained that the equinox used to happen on 21 February and 21 October but after the relocation it shifted one day.

He also told reporters that the Nubian temples salvage operation is proof that Egypt is able to face all changes and cannot stand cross-armed with all of the difficulties that it has to deal with.

"This celebration is a great event that will help to promote tourism to Egypt," he said.

Eldamaty also called on journalists and the media not to believe rumours and they should be sure of any information before publishing it on Facebook, Twitter, television or in print.

"Publishing these rumours without being sure of their credibility would create confusion and wrongly stir public opinion," Eldamaty told Ahram Online. He added: "Publishing incorrect rumours is not only an insult to the antiquities ministry but it harms Egypt's reputation abroad."

He also told all reporters in the conference to shed more light on the positive parts and the achievement that the ministry has recently achieved in an attempt to regain its role of protecting and preserving Egypt's archaeological heritage.

He said that in 2014 and 2015 the ministry succeeded in recovering 723 artefacts that have been stolen and illegally smuggled out of the country during the security vacuum in the aftermath of January 2011 revolution when several antiquities storehouses were subjected to theft and when illicit excavation was wide spread at several sites.

In collaboration with the Tourism and Antiquities Police, the ministry, Eldamaty pointed out, also succeeded in seizing a collection of 511 stolen authentic objects in 2014 and 2015. 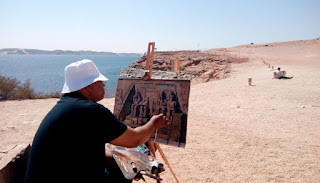 Abu Simbel consists of two temples: one dedicated to the New Kingdom king Ramses II and the second belongs to his beloved wife Queen Nefertari.

The one dedicated to King Ramses II is described by Bruce Williams of the Oriental Institute of Chicago as one of, if not the largest, rock-cut temple in Egypt.

Both temples are not sitting in their original location after being relocated in 1968 to a neighbouring location on an artificial 65-metre tall hill made from a domed structure above the High Dam.

They were relocated in order to prevent them from being submerged during the construction of the High Dam and the creation of the massive artificial Lake Nasser. Members of the United Nations Education, Science, and Cultural Organization (UNESCO) orchestrated a massive construction project that moved the temple back 200 metres to its present site. 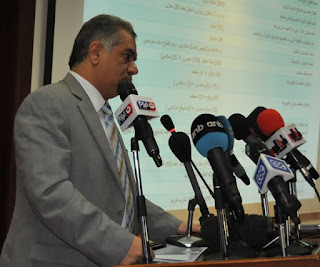 Eldamaty during the Press Conference (Courtesy of the Ministry of Antiquities