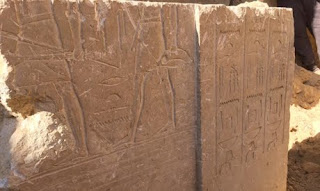 decorative wall (courtesy of the ministry of antiquities) 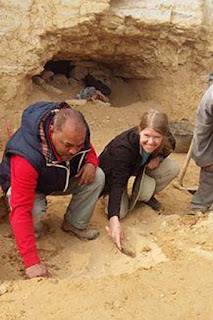 Parack and youssef during excavation (courtesy of the ministry of antiquities)

Mohamed Youssef, director of the Dahshur archaeological site, told Ahram Online that the tomb is dated to the 12th dynasty during the reign of the Middle Kingdom King Senosert I.

The tomb is carved in the bedrock of the necropolis and has a mud brick ramp. The walls of the tomb are engraved with scenes depicting the deceased at work in front of deities and in different position with his family. Excavation work is now in full swing to know more about the tomb and the deceased. 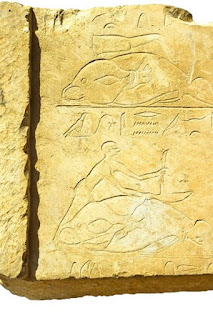 Sarah Parcak, director of the archaeological mission from Alabama University, said that the mission is now training a number of Egyptian archaeologists on the new techniques and methods used in the documentation and preservation of antiquities, as well as using satellites in safeguarding the archaeological sites. 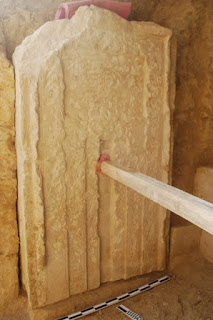 El-Lisht is the site of the Middle Kingdom necropolis for royals and elites. It includes the two pyramids of kings Amenemhat I and Senusret I, which are surrounded with smaller pyramids of members of the royal family, as well as many mastaba tombs of top governmental officials.