Investigations on in disappearence of 157 artefacts from Saqqara galleries

Did a collection of 157 ancient Egyptian artefacts disappear from Saqqara archaeological gallery? If so, who is responsible? 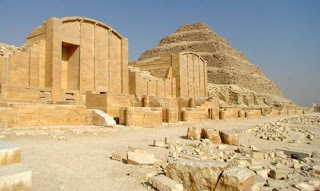 The report was sent by Egyptian lawyer Samir Sabri, who also requested a ban on their travelling out of the country.

According to Sabri, a reliable source inside the ministry told him that the 157 objects disappeared from Saqqara storage three years ago. Interpol has seized an authentic ancient Egyptian limestone relief on auction Switzerland. Its description matches the relief of "the seven oils" stored in Saqqara gallery #1.

Interpol asked the ministry of antiquities to make an inventory of all the Saqqara galleries, in order to verify the relief. Regretfully, Sabri said, the relief in Switzerland is the authentic piece and the one in Saqqara storage is a replica.

The supervisor of the minister of antiquities' office told Ahram Online that the ministry in 2014, during the tenure of former minister Mohamed Ibrahim, sent an official letter to the Public Funds Prosecution stating that the archaeological committee formed to select artefacts from Saqqara gallery #1, to transport them to the Grand Egyptian Museum overlooking Giza plateau, was responsible for a number of irregularities.

The supervisor continued saying that the ministry also sent a request to the prosecutor general in October to give the ministry a green light to make a comprehensive inventory of Saqqara storehouses, as well as undertake legal procedures, if required, but that no approval was given to the ministry, and that the case remains in the hands of the general prosecution.

Investigations are currently underway to clarify the situation.