By Corey Charlton for MailOnline

The family of a Cambridge student found murdered and dumped on the side of a road in Cairo have denied the 28-year-old was a spy for a British intelligence agency.

Amid accusations he was kidnapped and tortured by Egyptian security services, his family have now moved to deny suggestions he was working for Western intelligence groups. 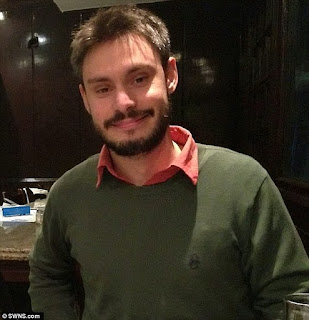 The Italian national, a student of Cambridge's Department of Politics and International Studies, suffered 'inhuman violence' before his death, autopsies revealed 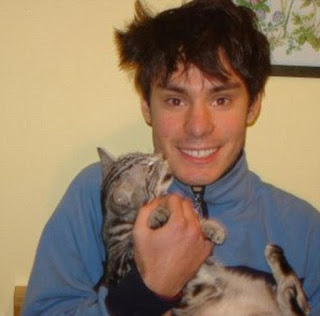 They have 'unequivocally and categorically' denied reports he worked for Italian foreign intelligence service AISE or British firm Oxford Analytica - which he was said to have been contracted to between 2013 and 2014.

Speaking via a family lawyer, they said claims 'offended the memory of a young university student who made field research a legitimate ambition of study and life', ANSA reported.

Their denials come as it emerged a senior Egyptian police officer investigating Mr Regeni's death has a prior conviction in connection with the torture and death of a detainee.

According to security and judicial sources and court documents seen by Reuters, Khaled Shalaby and three others were charged in 2000 with torturing and killing a detainee inside a police station.

Now head of Criminal Investigations in Giza and one of the investigators in the Regeni case, one document from the Alexandria Criminal Court shows that Shalaby and three other policemen were initially cleared of the charges related to the killing of Farid Shawqi Ahmed Abdel Aal.

A retrial led to the conviction of Shalaby and the three others in 2003 on reduced charges of failing to protect the detainee and not transferring him to hospital, according to a ruling from the Alexandria Criminal Court.

The court handed Shalaby a one-year jail sentence with labour that was suspended.

The court documents show that the accused officers claimed that during his arrest, Abdel Aal hit his own head against a pole and later died of wounds.

Contacted by telephone, Shalaby denied any wrongdoing: 'There are no cases against me and I don't understand what does this have to do with the Italians case?,' he said.

The Criminal Investigation unit Shalaby heads is one of several involved in the investigation, which is led by Homeland Security and also includes Italian security officers. 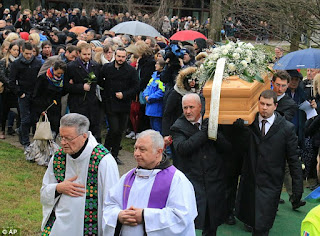 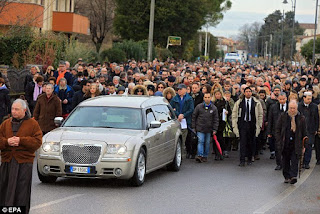 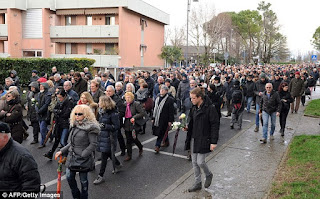 On February 4, the website of the pro-government newspaper Youm7 quoted him as saying Regeni's body bore no signs of a criminal act.

'Preliminary investigations show he was the victim of a car accident,' he was quoted as saying.

Meanwhile, last week more than 3,000 people attended a private funeral for Regeni in his home town of Fiumicello, in northeastern Italy.

A two-hour service in the town's sports hall culminated in a poignant message from his mother Paola Regeni, read on her behalf by a friend of Giulio's.

'Thank you Giulio for having taught me so many things. The energy of your thinking will stay in my heart. Your thinking about how to love, how to understand and how to build tolerance. I love you. Mamma.'

The Egyptian coptic priest who had blessed Regeni's corpse following its discovery in Cairo had earlier said Regeni's death could serve to save other lives, referring to the biblical story of Barabbas, the man chosen by a mob to be spared crucifixion ahead of Jesus Christ.

'Giulio is the scapegoat who will free the Barrabas that we do not yet know,' said Father Mamdua, who was invited to Italy for the service by the Regeni family.