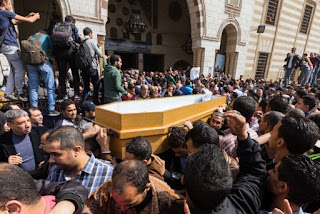 Photo: Mourners carrying the coffin of Mohamed Sayed at his funeral. The young taxi driver was shot in the head by a policeman during a dispute. (Mohamed Osam)
Related Story: Detained without charge: Egypt's political prisoners
Related Story: Egypt jails author for two years over 'sexually explicit' novel
Map: Egypt

The severely tortured, cigarette-burned body of Giulio Regeni, which also showed signs of genital electrocution, was found on the outskirts of Cairo nine days after he disappeared on January 25.

The date is significant, because it was also the fifth anniversary of Egypt's bloody mass uprising.

The 28-year-old Italian PhD student was in Cairo studying the controversial and independent trade union movement, one of the key groups behind the revolution in 2011. 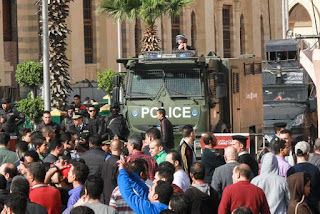 Italian media has also blamed security forces. The area Mr Regeni went missing from was heavily secured by police at the time to deter protesters. 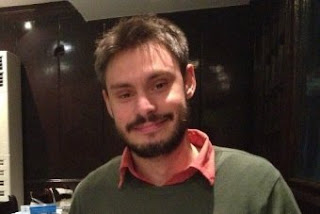 Photo: Giulio Regeni disappeared in Egypt and was later found dead with his body showing signs of torture. (Twitter: @pyz30)

A joint Egyptian-Italian investigation is underway but the head of Egypt's initial probe has previously been convicted of torturing a prisoner to death, leaving many sceptical the killers will be found.

"The public pressure is the key in Italy," Dr HA Hellyer, an Egypt expert at the Atlantic Council in Washington, said.

"If Italian public opinion forces the Italian state to hold onto this issue, and not let it go, then the Italian state will insist on answers in Cairo. And if those answers are forthcoming, it could lead to at least a bit of reform — but those are a lot of ifs," Dr Hellyer said.

Amro Ali, a Middle East analyst at Sydney University, said although Mr Regeni's death had focused attention on police abuse in Egypt, the economic relationship between Italy and its Mediterranean neighbour would triumph.

"Egypt is a major trading partner for Rome, with Italy exporting guns and bullets to Cairo," Mr Ali said.

'Hundreds killed and tortured in detention'

According to the independent, Cairo-based Nadeem Center for Rehabilitation of Victims of Violence — which authorities ordered to close last week — 474 Egyptians died at the hands of security forces and over 600 people were tortured while in detention in 2015.

Most incidences do not draw significant scrutiny, but in November a man was tortured to death by police in Luxor and another, a doctor, in the Suez Canal city, Ismailia.

Thousands protested in both cities and police officers are being investigated. 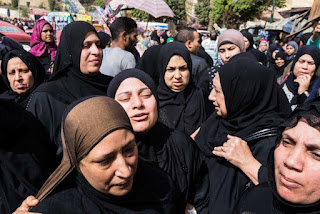 And last week, in the Cairo suburb of Darb Al-Ahmer, a taxi driver, Mohamed Sayed, 24, died after a policeman shot him through the head following a dispute between the two.

After the killing, thousands of locals from the suburb surrounded the Cairo Security Directorate, chanting anti-government slogans in a rare show of defiance.

Yesterday, according to state news agency MENA, prosecutors charged the policeman with murder.

Dr Hellyer told the ABC the security establishment has needed structural reform for decades and it was one of the key demands of the 2011 uprising. 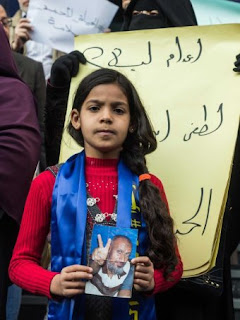 Photo: A girl holding a photo of her missing father at Cairo's Journalists' Syndicate last week during a rare protest over Egypt's suspicious disappearances. Security forces have been blamed for many of the cases. (Mohamed Osam)

"It's never happened however, and right now, it doesn't appear like there is any political will within the system to consider that," he said.

"In the absence of security sector reform, impunity and lack of accountability is going to be far more likely."

Forced disappearances at the hands of security forces, according to rights groups, have surpassed 300 in the past 12 months.

The National Security Agency charged her with belonging to the banned Muslim Brotherhood and propagating false news.

In December, she was released due to a prior but deteriorating medical condition, although the original charges against her remain.

Ahmed Osman, Ms Taweel's lawyer, told the ABC that while the case against her had been heard in court, the charges remain unresolved and there is unlikely to be another trial.

'You don't know who is working for who'

Late last year, in response to a report released by the semi-governmental National Council for Human Rights (NCHR) on forced disappearances, the Interior Ministry insisted it only detained people legally.

In January, the council released a list of over 100 names of people in detention provided by the Ministry.

You have so many layers in the police forces, with shadow elements. You don't know who is working for who, it's almost cryptic.

But last week, the head of the NCHR, Mohamed Fayek, told the establishment-friendly newspaper Al-Masry Al-Youm there were no cases in Egypt of suspicious disappearances.

"You have so many layers in the police forces, with shadow elements. You don't know who is working for who, it's almost cryptic," he said.

"The decisions aren't coming from the top. It is not a real dictatorship. It is a group of institutions running for spoils, not working on the rule of law or constructive arguments but on conspiracy theories."

Dr Hellyer agreed and said state power was fragmented and not cohesive.

"The danger is that if a crisis hits, the state won't be able to approach things appropriately and worse still, the worst parts of the state will react exceedingly badly," he said.

In December, during a visit to the Cairo Police Academy, Egypt's President Abdel-Fattah el-Sisi praised the security forces for stabilising the country and insisted that human rights abuses were not systematic.

"A mistake cannot be blamed on all people. It's not sensible that we accuse a whole apparatus because of an individual error," the President said. 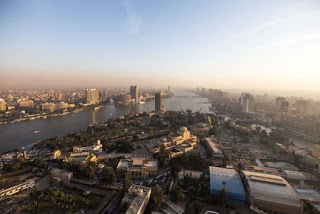 Photo: Cairo and the Nile River. Last week the Egyptian capital witnessed rare protests over the many people who have disappeared and the police killing of a taxi driver. (Mohamed Osam)