The only way to bring in funds for Egypt's new museums is through proper planning, including by involving business people in international fundraising campaigns, writes Zahi Hawass 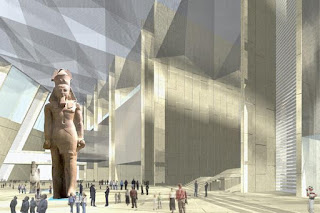 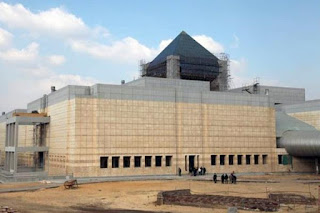 In May, I went to Manila in the Philippines at the invitation of my friend Christoph Scholz, who is the director of SC Exhibitions, a division of Semmel Concerts. Christoph is a man with a vision. He loves Egypt and he always wants to help. He is also a perfect master of ceremonies, and he and his company have always shown a keen interest in the future of Egypt's monuments.

Christoph was able to create an exhibition of replicas from Tutankhamun's tomb called "Tutankhamun: His Tomb and His Treasures". This is a wonderful teaching tool because it shows the discovery of the tomb and includes videos that pique the interest of children about the "golden boy king".

In the Philippines he invited me to give a lecture about fundraising for Egypt's museums at the Asia Pacific Network of Science and Technology Centres 2015 Conference held at the Mind Museum, which was the sponsor of the conference.

My lecture was divided into two parts: my fundraising for the Children's Museum in Cairo and fundraising for the Grand Egyptian Museum (GEM). The first part covered how Mrs Suzanne Mubarak had lovingly dedicated her time working to create a major museum for children.

She read every word in the scenario and chose Michael Mallinson, a prominent architect from England, to build the museum, and Jeff Patchen and Jennifer Robinson from the Children's Museum of Indianapolis in the US to write the scenario.

We used to meet with Mrs Mubarak every week at that time. The museum was opened during the revolution, and no one gave a word of thanks to this great lady who dedicated her life to Egypt. It is now time to recognise her achievements and her love for Egypt.

In my fundraising for the museum, two important items were used: my characteristic hat and gold. My hat is known to people all over the world and is connected to the famous fictional archaeologist Indiana Jones. I'll never forget the time when the US film director George Lucas came to Egypt to meet me, and we had dinner with my friends, the actor Omar Sharif and model Naomi Campbell.

George asked me why my hat had become more famous than Harrison Ford's, the actor who played Jones in the famous films. I told him that my hat was a real archaeologist's hat, whereas Ford's was a fake one. Replicas were made of my hat, and these were sold around the world, together with signed pictures, raising more than $200,000 for the museum.

The other item that was used was gold. Gold means Tutankhamun. Only 50 small objects from Tutankhamun's tomb were included in the "Tutankhamun and the Golden Age of the Pharaohs" exhibition that was sent to tour America, Europe, Australia and Japan in 2005. Yet the Cairo Museum contains 4,500 objects from his treasures.

Through my public lectures and my friends, I was able to raise $17 million for the Children's Museum. The funds came from America and Japan. Christoph Scholz participated in the fundraising and was able to accomplish more. In addition, my friend Sameh Sawiris gave me a check for $1 million towards the museum. It is therefore very strange that when the members of the Heliopolis Society opened the museum to the public, they did not say a word of thanks to anyone. Sawiris should at least have been invited and gratitude expressed.

The museum is housed in a beautiful building, and there is a garden where there is a replica of the route of the Nile. We call it the "children of the Nile." The garden also includes animals and plants from Africa, a play area for children, and a cafeteria. In a basement area, there is an exploration of how children are connected to Egyptian civilisation. It asks the question "Who are you?" Children can also carry out mock excavations to learn how to make discoveries. They also learn about how the ancient temples were built as well as about finds in underwater archaeology.

The first floor of the museum teaches children about modern Egypt, so that they can understand their present as well as their past, through displays, for instance, about agriculture and the desert. The upper floor takes them to the future. In my opinion, this is the best museum in the Middle East.

The second part of my lecture addressed fundraising for the Grand Egyptian Museum that is being built in the shadow of the Pyramids in Giza. An international competition was held and two thousand project proposals were received. Each proposal was reviewed, and the project of a Chinese architect in Dublin was chosen.

Brainstorming began about how to build the conservation rooms, storage areas, and administration building of the new museum. About $140 million came in from the 2005 King Tut exhibition. I stated that there could be no free lunches anymore. We used to send exhibitions to Europe and America, and Egypt received nothing from them. But the money received from the 2005 exhibition, between $10 million and $15 million from each city on its route and $300 million from Japan, is being used to construct the museum.

The museum was originally scheduled to open in 2015, but because of the revolution, and also because of the lack of vision of the person who replaced me, it has not yet opened, and I cannot see any date for the opening being announced. The museum will not function properly because it is under government supervision. For example, when a bulb goes at the Cairo Museum today the director is unable to find the funds to replace it.

We also do not have properly trained people, though we do have people who think they are so trained. The curator or director of the museum should have been chosen by an international competition. What can we do to remedy these things?

When I was minister of antiquities, I began to give this new museum a special identity, like the Alexandria Library, and I wanted it to be under the auspices of the prime minister as an independent cultural institution, because this is the Grand Museum, the cultural project of the 21st century in Egypt. We took advice from the Alexandria Library, but I left office after that, and the people who have taken charge of the Grand Museum since have had no museum experience.

The only way to bring in funds is to follow a proper plan. The board of the museum should be composed of business people who can undertake fundraising. Egyptologists should have nothing to do with this. Who are the people who are on the board at the moment? One question to ask is what they have done in the past that entitles them to be on the board.

We also need to use the media and the Internet to promote the project in Egypt and make all Egyptians understand that this project will put Egypt at the top of the world's cultural agenda. Finally, we must begin an international fundraising campaign that will announce to the world that the Egyptian monuments do not belong to Egypt only, but to people all over the world.

Then we can request people to contribute, and each donor could have his or her name inscribed on a stone in a wall in the museum. We need people who have a vision for the future of Egypt. We do not just need academics.