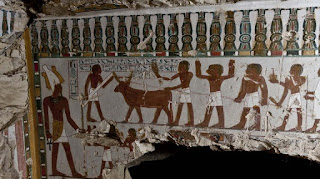 The Ministry of Antiquities decided to postpone applying unified ticket of Luxor open-air museum and Karnak Temple to September instead of March, according to an official in Chamber of Tourism Companies and Agencies.

“We agreed with the Ministry of Antiquities to postpone the application of the unified ticket to September instead of March in light of the current decline of tourism in Egypt,” the official said. Cultural tourism in Egypt represents about 3% of the total tourist flow in Egypt annually.

The ministry’s income declined from EGP 1.3bn in 2010 to less than EGP 350m in 2015, according to the official, prompting archaeological sites to increase their entry fees, as they are under pressure due to the decline of touristic flow over the past two years, Zaki said.

Member of Chamber of Tourism Companies and Agencies Tharwat Agami said occupancy in Luxor is still low and does not exceed 25% at present. Occupancy fell by the end of the mid-semester break during January.

Vice President of Floating Hotels Investors Association Abdel Rahman Al Anwar said floating hotels in Luxor and Aswan still suffer from lack of work. “The floating hotels recorded the highest decline in occupancy during the last five years, where more than 250 of 286 hotels at a halt,” he said.