Hatshepsut: From Priestess to King of Egypt - University of the Pacific 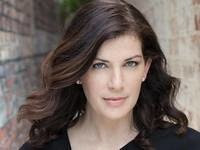 Hatshepsut: From Priestess to King of Egypt

The Department of Religious Studies presents the annual Colliver Lecture.  Dr. Kara Cooney, Egyptologist (UCLA), will speak about the famous Egyptian ruler Hatshepsut, a woman who ascended to the throne of ancient Egypt as a king.

Dr. Cooney is professor of Egyptian Art and Architecture at UCLA.  In 2005, she was co-curator of Tutankhamun and the Golden Age of the Pharaoh at the Los Angeles County Museum of Art. Cooney produced and hosted a comparative archaeology television series entitled Out of Egypt, which aired in 2009 on the Discovery Channel and is available online via Amazon.

Copies of Cooney's book, The Woman Who Would Be King: Hatshepsut’s Rise to Power in Ancient Egypt, will be available for purchase and signing after the lecture.

A brief reception will be held before the lecture, which begins at 7 pm.

College of the Pacific, Religious and Classical Studies

Free and open to the public

College of the Pacific