Where, in Ancient Egypt, did people live? | History Extra


Where, in Ancient Egypt, did people live?

As part of our 'History Extra explains' series, leading historians answer the burning questions you were too afraid to ask... 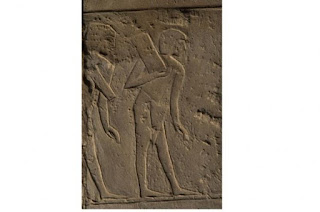 Where, in Ancient Egypt, did people live?

The thick mud deposited by the River Nile made an excellent building material. Mud-brick buildings are well suited to hot, dry climates, being cool in summer and warm in winter, so it is not surprising that the Egyptians built their homes and palaces from mud. They saved stone for the temples and the tombs they built in the desert.

Mud bricks were cheap and easily available, so they allowed Egypt's architects to experiment with large-scale structures that could be raised with surprising speed. Several kings founded cities which grew from nothing to fully functional in just seven or eight years. These cities included spacious elite villas with gardens, and more humble terraced housing for workers.

Throughout the Dynastic age the population was concentrated in the area around Thebes (modern Luxor: southern Egypt) and in the area around Memphis (today just to the south of modern Cairo). Today the settlements have almost all vanished – either dissolved into mud or crumbled to dust.

Dr Joyce Tyldesley is a senior lecturer in the Faculty of Life Sciences at the University of Manchester, where she writes and teaches a number of Egyptology courses. You can follow her on Twitter @JoyceTyldesley.