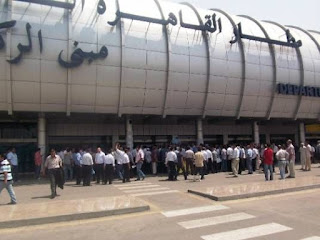 Al-Masry Al-Youm
Cairo Airport thwarted the smuggling attempt of 177 Egyptian, Libyan, Saudi and Iraqi archaeological currencies by an Egyptian passenger on Tuesday.
The passenger was heading to Ta'if, Saudi Arabia.
A security source said during a press statement that airport security had suspicions about the passenger's luggage. Upon searching the bags, security authorities found 177 archaeological currencies from different Arab countries.
A committee affiliated with the Antiquities Ministry inspected the currencies which turned out to be archaeological.
Legal measures have been taken against the passenger.
Edited translation from Al-Masry Al-Youm