New batch of objects on display at Cairo Airport 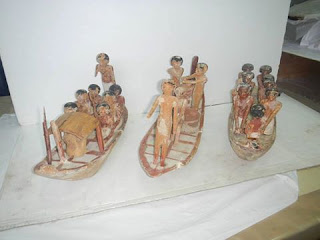 CAIRO: Two new artifacts (an ancient skeleton and boat figurines recently repatriated from the U.S.) will join the Cairo Museum’s ongoing exhibition at the Cairo International Airport, the Ministry of Antiquities announced Thursday. 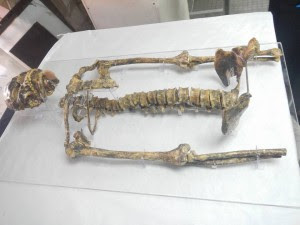 Two restored Tutankhamun statues will also be displayed in December; the statues had been damaged during the 2011 revolution, the ministry announced.

The airport museum opened in late October in the transit hall of Terminal 3 in an attempt to promote Egypt’s ailing tourism.

The museum opened with 38 objects, dating from several periods of the ancient Egyptian, Greco-Roman and Islamic eras.