The Egyptian government’s online campaign to lure tourists backfired after activists hijacked a Twitter hashtag and used it to highlight the struggles many Egyptians face in daily life.

The tourism industry, a vital cog in Egypt’s economy, suffered a major setback after the crash of a Russian airliner on Oct. 31 in which 224 people, mostly Russian tourists, were killed. Russia stopped all flights to Egypt after the disaster. 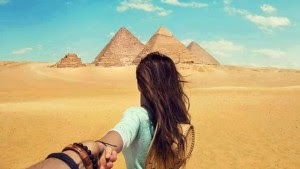 According to The Associated Press, the government of President Abdul Fatah Sisi launched an online campaign for its tourist industry that includes a video that went viral in Egypt showing young people enjoying such popular attractions as the Red Sea coast and the Great Pyramids of Giza. At the end of the video, the narrator invites viewers to use the Twitter hashtag #ThisIsEgypt, “let the world know (Egypt) the way you see it.”

The hashtag was used as intended by some Twitter users, but the AP said activists hijacked the hashtag and showed “badly maintained streets, beggars and piles of trash, and links to articles about detainees, police abuses and the government’s bloody dispersal of peaceful protesters outside Cairo’s Rabaa al-Adawiyah mosque in 2013.”

Activists used the #SummerInSyria hashtag to post photos of children wounded in Bashar Assad regime bombing raids. A photo of a neighborhood destroyed in the Syrian conflict came with the comment: “Come and enjoy your #SummerInSyria. You will see many historic cities. In fact, most of Syria’s cities are history.”