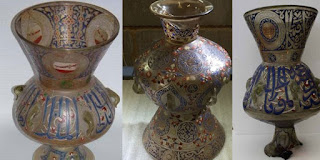 CAIRO: Egypt repatriated three Islamic lanterns that were discovered last year by a London-based Egyptian archaeologist during an attempt to sell them to an antique collector, the antiquities ministry stated Tuesday.

Dating from the Mamluk era (1250-1517,) the three artifacts in question were reportedly stolen from the National Museum of Egyptian Civilization (NMEC.)

They are expected to return to Egypt within days, Damaty said. 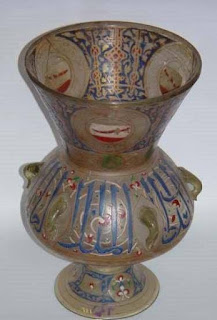 In a phone call with ON TV in Nov. 2014, Doris Abouseif, former emeritus Professor at the University of London’s School of Oriental and African Studies said that two months ago an antiquities collector, who was planning to buy Islamic antiquities from a dealer, sent her photos of “the Islamic-style lanterns in order to check their authenticity before the deal was finalized.”

“By viewing the lanterns, I realized that at least two of the lanterns were authentic and registered in the catalogue of the Egyptian Museum of Islamic Art (MIA),” said Abouseif, who currently lives in London. 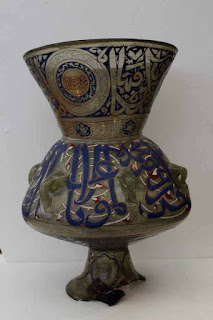 When Abouseif contacted officials at the NMEC, they said “the two lanterns are still at the museum’s storerooms, the lanterns currently put for sale in London are fake, ”she said.

Two weeks later, officials at the ministry said they would create a committee of specialists to examine the lanterns at the NMEC’s storerooms and submit a report to the ministry regarding the issue within a week, according to Abouseif.

The committee has investigated the lanterns at NMEC, compared them with the pictures of those abroad, and found that those at the museum are replicas,” Damaty said in the Tuesday’s statement. 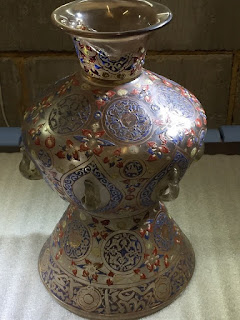 Ali Ahmed, head of the Repatriated Antiquities Department said, one of these lamps belongs to Sultan Barquq and now it is at the Egyptian embassy in London. The other two, which belonged to Mameluk Sultan Hassan and Prince Aslam Al-Selehdar, are in Sharjah in the United Arab Emirates, according to Ahmed.