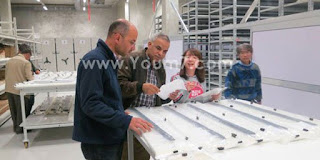 CAIRO: Twenty seven wooden beams of the dismantled solar boat of Pharaoh Khufu were transported Monday to the Grand Egyptian Museum (GEM) in preparation for restoration and reassembly, according to the Antiquities Ministry.

King Khufu's second solar boat, which dates back to 2,400 B.C., is scheduled to be on display in a separate section at the GEM, slated to open in 2018. 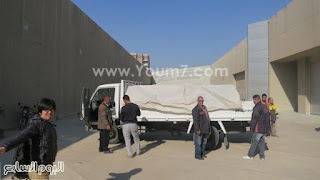 "Khufu's second boat boat has been dismantled into 1,450 pieces, out of which 15 wooden beams have been examined, restored and transported to the GEM's storerooms under the supervision of the General Administration of Tourism and Antiquities Police. The boat will be reassembled once all the pieces are transported," said Antiquities Minister Mamdouh al Damaty. 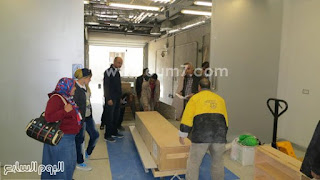 The mortuary complex of Pharaoh Khufu included five shafts that once may have held boats surrounding the Pharaoh's complex, archaeologist Sherif el-Sabban told The Cairo Post in June.

In 1954 and while clearing the debris outside the Great Pyramid's enclosure wall, Egyptian archaeologist Kamal el-Malakh found only two boats, one in each of two shafts covered by huge limestone slabs, while the other three shafts were empty, he added. 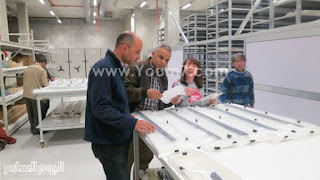 "The first boat was dismantled into 1,230 pieces, then restored and along with the second boat is on display at the Solar Boat Museum nearby the Great Pyramid. The second boat was examined several times before a Japanese archaeological team from Waseda University in 1992 offered to unearth, restore and display it to the public," said Sabban. 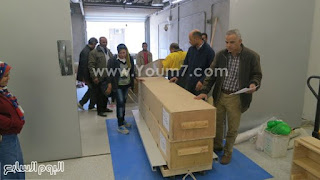 "They were either used to transport the corpse of the Pharaoh from the east bank to the west bank of the River Nile, where the body was mummified and buried or, according to the ancient Egyptian afterlife belief, served as means to transport the pharaoh to eternity," said Mohsen.