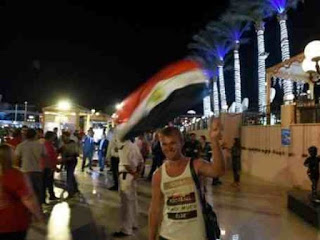 Al-Masry Al-Youm
Tourism expert Sameh Saad said in an interview with Al-Masry Al-Youm that the prices for hotel accommodations have been reduced by 50 percent, adding that the tourism sector needs real solutions to promote tourism to Egypt in Arab countries.
Q: What is your current assessment of the tourism sector?
A: The tourism sector was already suffering before the Russian plane crash, because of the market downturn there and due to the decline of the ruble against the US dollar. The suffering of the sector increased following the crash as Egypt lost the English and Russian markets, equal to about four million tourists. This led to the decrease in accommodation prices by 50 percent.
Q: How does the war against IS and politics in general affect the tourism sector?
A: Certainly the complicated political scene, the deployment of military equipment in the Middle East, and the engagement of Russia and Turkey in a conflict, along with the air strikes in Syria and the existence of IS affect the tourism flow to the Middle East.
Q: Many experts suggested plans to overcome the tourism sector crisis through the Arab market. What do you suggest?
A: Everybody has the right to give suggestions. But I believe Egypt needs a special mechanism to promote tourism to Egypt in Arab countries, because the nature of the Arab tourist has changed. In the old days, Arab tourists sought concerts and theatrical performances and plays. Now, Arabs travel to Thailand and Malaysia for tourism. Egypt will need to organize fairs that would include travel agencies and hotel representatives in Arab countries and display its offers.
Q: What about establishing an airline owned by the tourism sector?
A: It is an important and good idea because airlines are a main constituent of tourism. But the success of the idea depends on professional management of the airline.
Q: How do we promote domestic tourism, especially in Sharm el-Sheikh and Hurghada?
A: We have to solve the transport problem because airline ticket prices are too high for an Egyptian family composed of five persons. The government needs to fix the infrastructure and the roads leading to tourist destinations.
Edited translation from Al-Masry Al-Youm