The Hidden Treasures of the Cairo Geniza | Ancient Origins 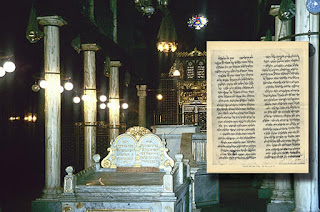 The Hidden Treasures of the Cairo Geniza

(Read the article on one page)

The Cairo Geniza (spelt also as Genizah) is the name given to a collection of Jewish manuscript fragments that was discovered in Cairo. It is estimated that there are over 350000 individual fragments in this collection, making it the world’s largest and most important collection of medieval Jewish manuscripts. As its name suggests, these fragments were discovered in a geniza, which is a storage area in a Jewish synagogue or cemetery that was used to deposit sacred manuscripts that were no longer in use. More precisely, the geniza in where the fragments were found belonged to the Ben Ezra Synagogue in Fustat, which is today part of Old Cairo.

The Ben Ezra Synagogue is said to have been established during the 9th century AD. During that time, that section of Cairo was a home to a bustling Jewish neighborhood. Like other synagogues, the Ben Ezra Synagogue also contained a geniza, which may be found in a dark, sealed room just under the building’s roof. Over the centuries, various documents were deposited by the Jewish community in the geniza. According to rabbinic law, sacred books that are no longer in use may not be casually discarded or destroyed. Such texts should be buried, or, if burial was not possible, be placed in a geniza. Apart from such sacred texts, the Cairo Geniza also contains secular texts as well as everyday documents. 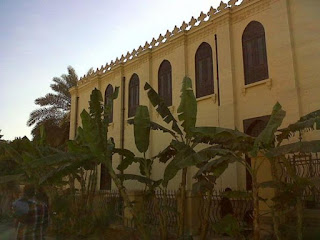 The existence of the Cairo Geniza seems to have not been given much attention until the end of the 19th century. During the second half of the 18th century, a German poet, traveler and book dealer by the name of Simon von Geldern mentioned the geniza of the Ben Ezra Synagogue in his writings. Although he visited the structure, he did not have the opportunity to examine its contents. This was due to a local superstition which warned that disaster would befall anyone who touched the contents of the geniza. Several other visits to the geniza have been recorded, though its contents were never studied, and its importance yet to be realized.

This changed in 1896, when a Talmudic scholar by the name of Solomon Schechter became the first person in modern history to analyze the contents of the Cairo Geniza. Schechter, who was a scholar at Cambridge University, received a visit from a pair of Scottish identical twins, Agnes Smith Lewis and Margaret Dunlop Gibson in that year. The twins had just returned to Cambridge from a trip to the Middle East, and brought with them several pieces of ancient Hebrew manuscripts that they had obtained from a bookseller in Cairo. When these were shown to Schechter, the scholar recognized that one of the manuscripts was an original copy of ‘The Wisdom of Ben Sirah’. 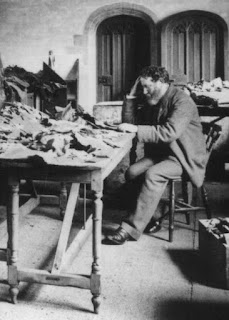 At present, it is estimated that 70 % of the Cairo Geniza is kept in Cambridge, whilst between 20 % and 25 % of it can be found in the Jewish Theological Seminary. The remainder is said to be scattered in collections around the world. As mentioned earlier, the Cairo Geniza not only contains sacred works, but also secular and everyday writings, such as shopping lists, marriage contracts, medical books and business letters. The reason behind the internment of such pieces of writing in the geniza is said to be due to the fact that it was customary for the Jews during the Middle Ages to refer to God whenever they wrote something. As these texts bore the name of God, they have to be disposed of appropriately, i.e. either by burial or by keeping them in a geniza. Thus, the Cairo Geniza offers us a glimpse of Jewish life in Medieval Cairo.

Greenhouse, E., 2013. Treasures in the Wall. [Online]
Available at: http://www.newyorker.com/books/page-turner/treasures-in-the-wall