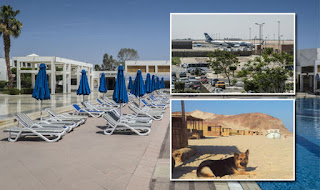 Today's important announcement is the latest step in Egypt’s upgrading of its security - with the aim to ensure a long-term, high level of security at all airports.

Sharm el-Sheikh has seen a decline of nearly 50 per cent in the number of tourists visiting since the terror alerts last year.

There is a 'high risk' of terrorism in Egypt, according to Britain's Foreign and Commonwealth Office - and that's put a stop to a huge chunk of the travel industry in the country.

UK airlines are no longer operating flights to the resort from the UK, meaning the country's seen a huge drop in the number of visitors leaving hotels and once-thriving beaches like ghost towns

Restrata will advise Egypt’s leading private security firm, Falcon Group International, who have been tasked by the Ministry of Civil Aviation to provide security at the country’s airports.

Using its experience of working with airports across the world, including London Heathrow, Restrata and Falcon will train 7,000 security staff, over the next six months.

The British Ambassador, John Casson, said: “Nothing is more important than the safety of British and Egyptian people as they travel between our countries.

"I’m proud that Britain is Egypt’s leading and most active partner on the road to a world class airport security system that could be a model for the world. Today’s new UK-Egypt partnership is another important step on that road." 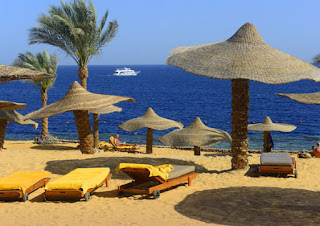