PLEASE NOTE THE ROOM CHANGE FOR THIS LECTURE ONLY!!!!


In a project area encompassing nearly 100 m2 on the right (north) bank of the Nile River west of Abu Hamed, Sudan, the Bioarchaeology of Nubia Expedition has documented sites ranging back to the Early Stone Age (>250,000 years ago) with more intensive use in the Middle Stone Age. The focus of fieldwork has been on habitation, rock art/gong, and cemetery sites dating from the Mesolithic to Christian periods in the eastern portion of the concession. Using a combination of 2- and 3-dimensional historic and modern remote sensing data combined with in-field survey and excavation, we examine topographic prominence, intervisibility, and other spatial and contextual relationships between archaeological sites and the natural environment. This research spans different periods and different types of sites, from relationships among clusters of Kerma period graves in one area to analysis of Meroitic fortifications and their viewsheds within a broader region. This work helps us understand interconnected components in the region as part of a larger cultural dynamic with complex relationships to people and the environment in the past and present. Relationships between this “hinterland” and core areas of state-level societies are also of interest. Grave architecture and treatment of the dead show variable local practices but inclusion of imported grave goods show integration into far-flung trade networks from the Kerma (c. 2500-1500 BC) through Christian (c. AD 550-1400) periods. Persistence of local traditions, spatial and social organization of cemeteries, and distinct identities marked in life (e.g., dental avulsion) or death (e.g., interment with archery equipment) illuminate new aspects of ancient Nubian mortuary behavior and identity. Additionally, indicators of diet and disease in the skeletons provide insight into shifting patterns of subsistence and life histories of individuals over time. 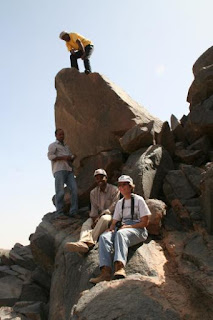 Dr. Brenda Baker is a core faculty member of the Center for Bioarchaeological Research and Head of the Bioarchaeology approach (subfield) since 2012. Dr. Baker taught previously at Tufts University (1992) and Minnesota State University Moorhead (1993-94), and was Director of the Repatriation Program and Curator of Human Osteology at the New York State Museum from 1994-1998. She is the founding co-editor of the new journal, Bioarchaeology International.  She has served on the Executive Committee of the American Association of Physical Anthropologists (2012-2015), as an Associate Editor of the International Journal of Paleopathology (2010-2015), and is a founding Steering Committee member of the Western Bioarchaeology Group (2012-present).  Her  teaching includes upper-division undergraduate courses on the Global History of Health, Life and Death in Ancient Egypt, Bioarchaeology, undergraduate and graduate courses in human osteology, and graduate courses in paleopathology and The Bioarchaeology of Children and Childhood.

Dr. Baker’s research encompasses bioarchaeology, mortuary archaeology, human osteology, and paleopathology, emphasizing the investigation of human skeletal remains within their archaeological contexts to reconstruct past lifeways and the health status of ancient people. She directs the Bioarchaeology of Nubia Expedition (BONE) in northern Sudan, currently funded with a multi-year grant of $1.18 million from the Qatar-Sudan Archaeological Project.   She has also received grants from the Institute for Bioarchaeology, National Science Foundation, Packard Humanities Institute, and the Wenner-Gren Foundation for Anthropological Research. She has been the bioarchaeologist for the University of Pennsylvania Museum-Yale University-Institute of Fine Arts, New York University Expedition to Abydos (since 1988) conducting burial excavation and analysis of human remains from both cemetery and settlement contexts at this important ancient Egyptian site. She is also the bioarchaeologist for Princeton University's expedition at Polis, Cyprus ( since 2005), where she has focused on burials from two medieval basilicas.

Go to http://arce-nc.org/lectures.htm or send email to Chapter President Al Berens at hebsed@comcast.net.

Posted by Anonymous at 9:47 PM