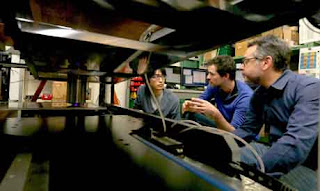 After having submitted a request to the Egyptian Ministry of Antiquities, the #ScanPyramids project is welcoming a new team of researchers from the French Alternative Energies and Atomic Energy Commission (CEA) and the Institute of Research into the Fundamental Laws of the Universe (Irfu).

Mehdi Tayoubi, president of the Paris-based Heritage Innovation Preservation (HIP) Institute, announced that since the launching of the project, the CEA team has shown interest due to its know-how in muon tomography. The team has been developing over many years micro-pattern gas detectors called Micromegas. 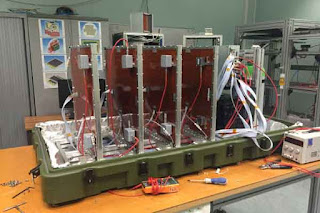 The #ScanPyramids project aims at scanning over the course of one year a number of Egyptian pyramids, including the Khufu and Khafre pyramids in Giza as well as the Bent Pyramid and Red Pyramids.

The project combines several non-invasive and non-damaging scanning techniques to search for the presence of any hidden internal structures and cavities in ancient monuments, which may lead to a better understanding of their structure and their construction processes / techniques.

The Micromegas detectors are used to reconstruct particle tracks for many scientific endeavours in high energy physics. According to Tayoubi, the detectors have been installed in the Thomas Jefferson National Accelerator Facility in the US.

Using these unique detectors, the CEA team is building specialised muon telescopes for the #ScanPyramids mission, currently under construction and testing in the CEA laboratories at Saclay in France.

This new generation of muon telescopes, Tayoubi explains, will supplement the other muon techniques conceived in Japan. The Japanese devices are used to scan inside the pyramids while the CEA telescopes will scan from the outside. 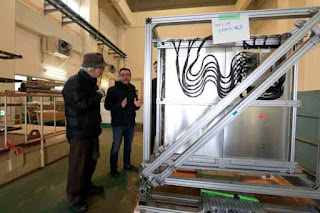 Hani Helal, the coordinator of the #ScanPyramids project, explains that the CEA is a public research organisation working in four main areas; defense and security, nuclear and renewable energies, technological research for industry and fundamental research.

The CEA takes part in implementing cooperation projects with a wide range of academic and industrial partners.

With its 16,000 researchers and employees, it is a major player in European research and is currently expanding its international presence. 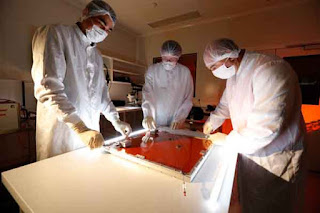 The #ScanPyramids project was launched in October 2015 under the authority of the Egyptian Ministry of Antiquities and is led by the Faculty of Engineering at Cairo University along with the Heritage, Innovation and Preservation Institute in Paris (HIP).

The mission involves the use of infrared thermography, muon tomography and 3D reconstruction techniques.