Hathor, the Turquoise Goddess Near the Nile | Ancient Origins 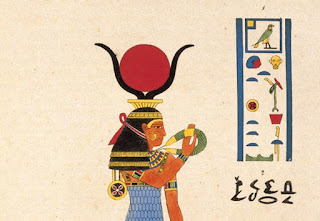 Hathor, the Turquoise Goddess Near the Nile

(Read the article on one page)

Who Worshipped the Goddess

Hathor was a goddess of joy, feminine love, and motherhood. She was worshiped by both royalty and the common people. She was thought to have supported women in childbirth and also looked after music, dance, and fertility. She was a goddess of miners as well.

The goddess was known as the Mistress of the West, Mistress of Turquoise, and Mistress of Foreign Lands. The oldest information about her comes from the Fourth Dynasty (c. 2613 -2494 BC), but there is some information suggesting that her cult may be older. She was also worshiped by the pharaohs of the New Kingdom (c. 1550 – 1069 BC).

The female king, Hatshepsut, added a small shrine dedicated to Hathor in her mortuary temple at Deir el-Bahri. For powerful women, Hathor and Sekhmet together contained all the attributes which they needed. However, male rulers of Egypt also worshiped Hathor. For example, Ramesses II built the lesser of his two temples at Abu Simbel for Hathor and his wife Nefertari. Hathor was also popular during the Ptolemaic Period (332 – 30 BC). 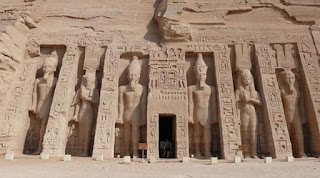 The Cult of the Cow Goddess

Hathor was depicted as a woman with the head of a cow, ears of a cow, or simply as a cow. A cow appearing on the belt of the King on the Narmer Palette in all likelihood points to her. The artifact is dated to the pre-dynastic era and may be the earliest presentation of Hathor. She appears also in the Pyramid texts, which state that the King's apron comes from her. 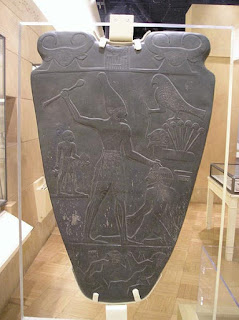 Cows appear on the Kings belt and the top of the Narmer Palette. (Public Domain)

Some of the most precious statues of Hathor come from the reign of Amenhotep II (c. 1427-1400 BC). He portrayed himself as an adult who stands in front of Hathor (depicted as a cow) asking her for protection. Although Hathor was sometimes presented as a woman with the head of a cow, more often she was as a beautiful, slender woman dressed in a headdress with a pair of cow's horns and with a sun disc between them.

In the Book of the Dead of Ani, she is depicted as a cow who welcomes the deceased to the afterlife. Her symbol was a sistrum – a musical instrument which made a noise like a tambourine. In mythology, she had healing powers. For example, she healed the eyes of Horus after Seth gouged them out. In the story, Hathor found him weeping in a desert, caught a gazelle, and milked it. She poured the milk into the eye of Horus and restored his sight. 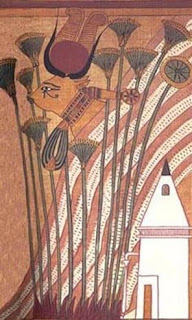 Hathor as a cow, wearing her necklace and showing her sacred eye – Papyrus of Ani. (Public Domain)

The Goddess of a Hundred Temples

Temples dedicated to Hathor were all over Egypt. Nowadays, the most famous one is located in Dendra, which lies about 60 km (37 miles) north of Luxor. The first shrine of Hathor existed there from the Predynastic Period. It was rebuilt during the reign of Khufu (c. 2589 – 2566). The shrine became dedicated to Hathor, Lady of the Pillar, and her son Ihy, who was a sistrum player. 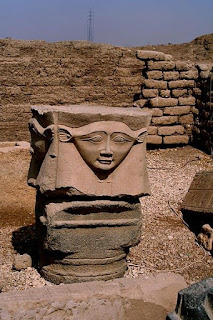 Dendera Temple, showing Hathor on the capitals of a column. (Public Domain) 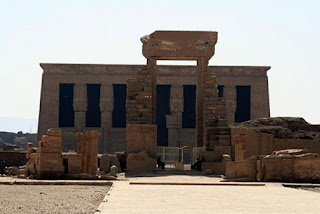 Ihy was depicted as a naked child, who holds an instrument in hand. The temple was rebuilt many times, and finally it became a large building during the Ptolemaic Period. Unfortunately, the pharaoh who decided to build the temple, did not leave a cartouche with his name, so it is unknown who is the founder. The temple is unfinished, there is no pylon or open court in front of the main part of the building, known as the Hypostyle Hall. The last part to be built is dated to the reign of Emperor Tiberius (14-37 AD), suggesting that Hathor was still worshiped after the fall of the last Ptolemaic queen, Cleopatra VII. 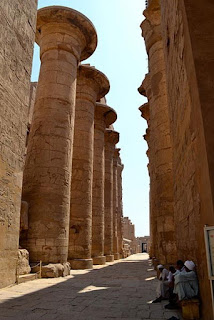 Another center of Hathor's cult was located at the Temple of Philae. It was mainly a sanctuary of Isis, but Hathor was honored with a shrine. The temple of Philae influenced the depiction of both goddesses so much, that in the later period of Egypt’s history these two deities were often regarded as one because they were both mother goddesses, and when they appeared as beautiful women, they were sometimes presented in such a way that they could be considered as both Isis and Hathor. The temple was also a place where Hathor was commemorated as a goddess of music and dance.

During the New Kingdom Period, Hathor was a very popular motif in Deir el-Medina, the village occupied by the craftsmen who worked in the Valley of the Kings. Archaeologists unearthed several chapels dedicated to Hathor in the village. Most of them come from the period of the reign of Seti I and Ramesses II, but the youngest ones are dated to the Ptolemaic Period. Craftsmen set up stelae in honor of Hathor. The stela of Nefersenut presents a craftsman with his son, both kneeling in front of Hathor with an offering. 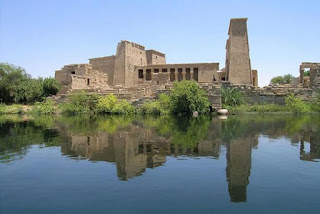 During the Middle Kingdom (c. 2055 – 1650 BC), Hathor was also worshiped at Byblos in Lebanon. Excavations confirmed the theory that her cult was very popular and she was called the Lady of Byblos. Temples in her honor were also found in Nubia, including Aswan, the Temple of Kalabsha, Sinai, Faras, and Abu Simbel.

The Shadow of the Goddess

Nowadays, Hathor is still one of the most popular goddesses of ancient Egypt. Next to Isis, Sekhmet, and Bastet, she appears as one of the symbols of ancient religion, femininity, and legendary ancient Egyptian beauty. Many tourists, while visiting Sinai, buy jewelry with turquoise. In ancient times, Sinai was the most important source of this stone for the Egyptians. The miners believed that Hathor protects them, so they used to offer her beautiful stones in the temples. The beautiful face of Hathor is still as magnetic and mysterious as the history of her country.

Lorna Oakes, The illustrated encyclopedia of the pyramids, temples and tombs of ancient Egypt, 2001.

George Hart, The Routledge dictionary of Egyptian gods and goddesses, 2005.