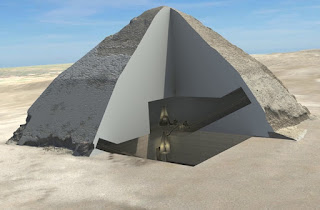 View Related Gallery »
A 3-D cutaway shows the interior of the Bent Pyramid.

Egyptian Ministry of Antiquities, HIP Institute and the Faculty of Engineering (Cairo University) 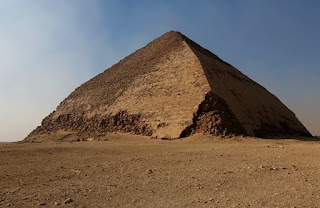 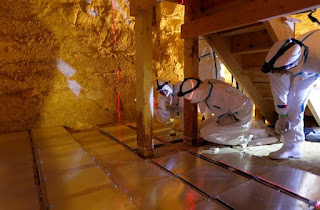 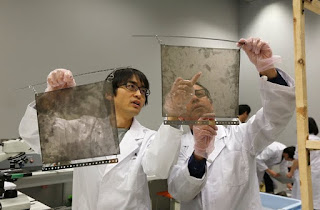 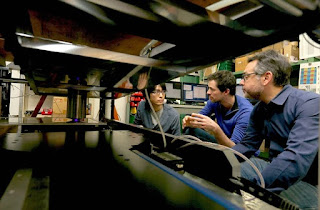 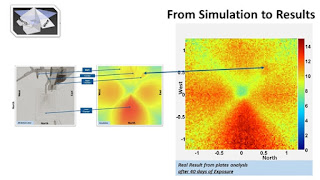 The internal structure of an ancient Egyptian pyramid was revealed for the first time using cosmic particles, a team of international researchers reports.

The innovative technology was applied to the Bent Pyramid, a 4,500-year-old monument so named because of its sloping upper half.

The world has long been agog to know all it can about Egypt's legendary Queen Nefertiti. For starters: Where's her body?!
DCI

According to the researchers, who presented their results in Cairo on Tuesday to Khaled El-Enany, minister of Antiquities and the former minister Mamdouh El-Damaty, the outcome was “excellent” as it showed the inside of the monument as with an X-ray.

The technology relies on muons, cosmic particles that permanently and naturally rain on Earth, which are able to penetrate any material very deeply.

This is the first of four pyramids to be investigated within the ScanPyramids, a project carried out by a team from Cairo University’s Faculty of Engineering and the Paris-based non-profit organization Heritage, Innovation and Preservation under the authority of the Egyptian Ministry of Antiquities. The others are the Great Pyramid, Khafre or Chephren at Giza, and the Red pyramid at Dahshur.

Scheduled to last a year, the project uses a mix of innovative technologies such as infrared thermography, muon radiography, and 3-D reconstruction to better understand the monument and possibly identify the presence of unknown internal structures and cavities.

Located at the royal necropolis of Dahshur, about 25 miles south of Cairo, the Bent pyramid was built under the Old Kingdom Pharaoh Sneferu (about  2600 BC). It's the first with a smooth face, after generations of stepped pyramids.

The monument has two entrances, one on the north side and one on the west side. These entries open on two corridors leading to two burial chambers arranged one above the other.

It was speculated that pharaoh Sneferu rests inside the pyramid in an undiscovered burial chamber, but the innovative technology ruled out the hypothesis. The scanning did not detect any additional chamber of the size of the upper chamber or beyond in the field of view covered by the muography.

“Nevertheless, this is indeed a scientific breakthrough as it validates the muography principle applied to Egyptian pyramids. It paves the way to new investigations,” said Mehdi Tayoubi, co-director of the ScanPyramids mission with Hany Helal, professor at Cairo University’s Faculty of Engineering and former minister of research and higher education.

The results come four months after a team led by specialist Kunihiro Morishima, from the Institute for Advanced Research of Nagoya University, Japan, installed (as explained in this video) 40 muon detector plates inside the lower chamber of the Bent pyramid.

Covering a surface of about 10 square feet in the pyramid’s lower chamber, the plates contained two emulsion films that are sensitive to muons that continually shower the Earth’s surface.

They come from the upper layers of Earth’s atmosphere, where they're created from collisions between cosmic rays and the nuclei of atoms in the atmosphere.


“Just like X-rays pass through our bodies allowing us to visualize our skeleton, these elementary particles, weighing around 200 times more than electrons, can very easily pass through any structure, even large and thick rocks, such as mountains,” Tayoubi said.

The plate detectors allow researchers to discern void areas -- these are places where muons cross without problem -- from denser areas where some muons are absorbed or deflected.

The world has long been agog to know all it can about Egypt's legendary Queen Nefertiti. For starters: Where's her body?!
DCI

Morishima’s team retrieved the detector plates from the Bent pyramid in January 2016 after 40 days of exposure. This is the maximal lifetime of chemical emulsions within the temperature and humidity conditions inside that pyramid.

The films were then developed in a dedicated lab installed at the Grand Egyptian Museum (GEM), and shipped to Nagoya University for analysis.

“From these plates, more than 10 millions of muon tracks were analyzed. We count the muons and according to their angular distribution we are able to reconstruct an image,” Tayoubi said.

“For the first time ever, the internal structure of a pyramid was revealed with muon particles. The images obtained clearly show the second chamber of the pyramid located roughly 60 feet above the lower one in which emulsions plates were installed,” he added.

Tayoubi stressed that each step in the project is important.

“We learn a lot from the reality of the field. We improve the knowledge of the monuments but we also improve the technologies progressively. We are not in a hurry,” he said.

Tayoubi admitted that the available statistics from the 40 days of exposure is not yet sufficient to precisely reveal the known corridors or unknown voids smaller than those in the upper chamber.

However, the researchers made simulations by randomly placing, within the field of view, a hypothetic chamber of size similar or larger than the upper one.

“Compared with the results obtained, these simulations could validate the fact there is no additional chamber of this size in the surroundings,” professor Morishima said.

Strong of their results, the researchers will now apply the muography to other Old Kingdom pyramids.

The next one will be the Great Pyramid of Khufu at Giza, the last remaining wonder of the ancient world.

The monument has long been rumored to have hidden passageways leading to secret chambers.

The researchers plan to use there two other types of electronic instruments besides the chemical emulsion films from Nagoya University.

“Contrary to the emulsions, they have lower resolution but no limit in exposure time and further allow for real time analysis,” Tayoubi said.