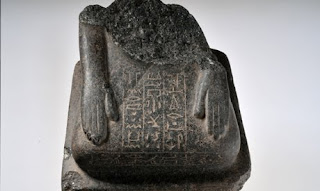 A Swiss excavation mission led by Swiss archaeologist Cornelius Pilgrim unearthed two headless statues and an offering stele during excavation works within the vicinity of Khnum temple on the Nile island of Elephantine in Aswan.

Nasr Salama, director of Aswan antiquities, said that early studies on the statues reveal that one of the figures, carved in black granite, belongs to the Old Kingdom Elephantine ruler prince Haqa Ib, though the second one is not yet identified as it does not bear any names or hieroglyphic text.

Salama added that the offering stele is carved in sandstone and decorated with scenes of offerings to ancient Egyptian deities. Early studies show that the stele is dated to the 18th dynasty of the New Kingdom, but its owner is still unidentified. 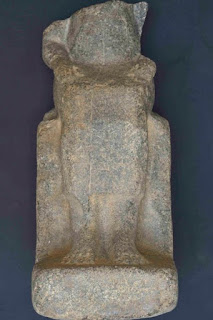 The unidentified statue (Courtesy of the Swiss Institute) 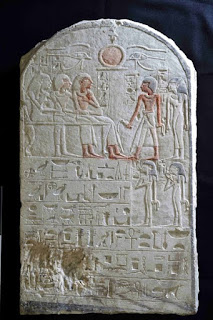 the newly discovered stelae (Courtesy of the Swiss Institute)