An exhibition entitled “Sinai: The Origin of the Alphabet” was inaugurated on Monday at the Egyptian Museum by Egypt’s Minister of Antiquities Khaled Al-Enani and the head of a delegation from the German University of Bonn, Lodwing Morin.

The exhibition, which will last for six months and includes a collection of 40 artifacts directly connected to Egypt’s Sinai Peninsula, will display early alphabetic inscriptions and “show the development of the alphabetic writing in south-western Sinai during the early second millennium BC,” a statement from the Ministry of Antiquities reads.

The exhibition was opened on the same day as Egypt celebrated the liberation of Sinai, which commemorates the 1982 withdrawal of Israeli forces from the Egyptian peninsula following a 15-year-long occupation.

The exhibition is organized in collaboration with the University of Bonn and coincides with the 100th anniversary of British Egyptologist Alan Gardiner’s deciphering of alphabetic writings that had been discovered in the Sinai. 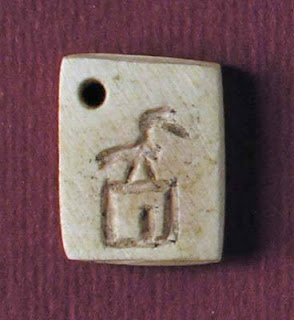 “The development of alphabetic writing – a local creation first attested in south-western Sinai in the early second millennium BC – was an innovation of global importance, which continues to have a direct impact on our modern world,” an information sheet published on the Ministry of Antiquities’ Facebook page reads.