Dispelling rumors, Egypt says stars at ancient temple not new, not Jewish | The Times of Israel 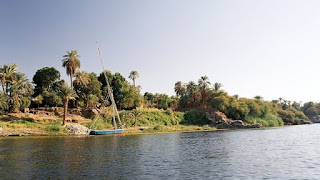 Egypt’s Antiquities Ministry dispelled rumors that a German archaeologist etched two Stars of David into the limestone block of an ancient temple in Elephantine, saying in a statement released last week that the inscription was at least 1,400 years old.

The removal of a limestone block bearing two six-pointed stars from an Egyptian temple last month caused a stir in the local media, with claims of the Antiquities Ministry being flustered by the presence of Stars of David at an archaeological site, or foreign archaeologists inscribing them into the rock.


But archaeologists familiar with the Osiris Nesmeti temple at Elephantine, from which the inscription hailed, asserted that the stone was removed simply to study the inscription more easily.

Egypt’s Antiquities Authority said in an Arabic statement last week that the stone, discovered by Swiss archaeologists in 1985, was determined to have been inscribed at some point between the 1st and 6th century CE. Further studies are needed to better pinpoint the date of the stars’ inscription, the ministry said. 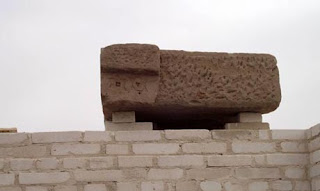 An inscription of two six-pointed stars on a limestone block belonging to a Ptolemaic-era temple from the island of Elephantine in southern Egypt. (courtesy of Egyptian Antiquities Ministry)

The report noted that six-pointed stars didn’t appear in Coptic artifacts during that period, nor did they appear in Islamic iconography until the 8th century CE. Nasr Salama, director of Aswan antiquities with the ministry, insisted in a telephone conversation with The Times of Israel that, contrary to media reports, the designs were not Stars of David, but six-pointed stars.

While the six-pointed star is a contemporary Jewish symbol, it only became so in the past few centuries. The famed Jewish mysticism scholar Gershom Sholem noted in a 1949 essay that “until the middle of the 19th century, it did not occur to any scholar or Cabalist [practitioner of the Jewish mystical tradition] to inquire into the secret of its Jewish meaning, and it is not mentioned in the books of the devout or in all of Hasidic literature.”

Speculative Egyptian media reports claimed that a German-Jewish archaeologist had etched the modern Jewish symbols into the stone in an affront to the Egyptian people.

Another report claimed the Egyptian Antiquities Ministry removed the block to save face amid reconstruction of the Ptolemaic-era temple devoted to Osiris.

Archaeologists familiar with the situation said that the block was removed for safekeeping during study and would be returned to the site as soon as possible.

Remains of the temple were discovered on the island of Elephantine, in southern Egypt, during excavations in 2001. The temple of Osiris Nesmeti was dismantled in antiquity and its stones reused in a wall dating to the 6th century CE.

Centuries before the construction of the Osiris Nesmeti temple, Elephantine was home to a population of Judean mercenaries starting in the 6th century BCE, and hosted a fully functional Jewish temple with animal sacrifice. A trove of papyrus documents found on the island documented their history.