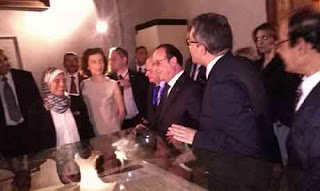 On the final day of his visit to Egypt, French President Francois Hollande was guided by Egyptian Minister of Antiquities Khaled El-Enany on a tour around the Salaheddin Citadel and the Coptic Museum in Old Cairo.

From the Coptic Museum, Hollande called on the entire world to visit Egypt, and pointed to several cooperation deals signed between both countries in a number of domains, including the archaeological field. 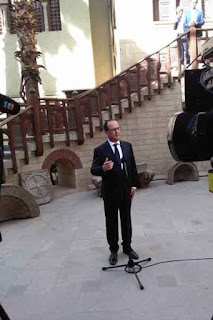 The director-general of the Grand Egyptian Museum Tarek Tawfik also escorted German vice-chancellor and economy minister Sigmar Gabriel on his tour at the Egyptian Museum in Tahrir and the Giza Plateau.

Gabriel was reportedly impressed with the distinguished ancient Egyptian artefacts on display at the museum.

He also met with German restorer Christian Eckman and heard about his work in restoring the iconic mask of Tutankhamun and the restoration works being carried out on Tutankhamun's golden sheets. 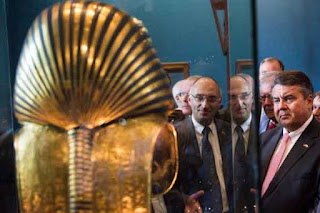 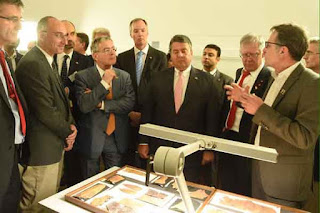