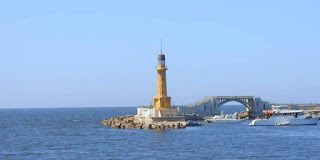 CAIRO: An ancient tomb dating back to the Greco-Roman period was discovered during digging works to renovate a railway in Alexandria Wednesday, Youm7 reported.

Arab Contractors workers have been deployed to renovate the walls of the railway storehouses west of the Mediterranean city; they dug two meters deep to find a skull and remnants of a skeleton.

With more digging, they found two skeletons and a number of rooms that contain ancient pots, according to Youm7.

The police headed for the place and requested a committee from the Antiquities Ministry to inspect the tomb.

Alexandria was founded by Alexander the Great in 331 BC to be a Hellenistic city; it is home to many archaeological sites that belonged to the age where it was the world’s cultural and intellectual hub.