The 'Egypt, The Cradle of Religions' exhibit will be inaugurated tonight at the Egyptian Museum in Tahrir 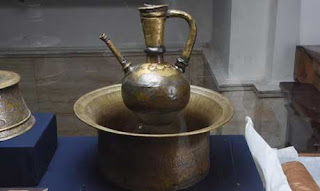 Egypt's Minister of Antiquities Khaled El-Enany will inaugurate Thursday evening the "Egypt, the Cradle of Religions" temporary exhibition at the Egyptian Museum in Tahrir.

The exhibition comes as part of the ministry's framework to organise a series of temporary exhibits in an attempt to raise cultural and archaeological awareness. 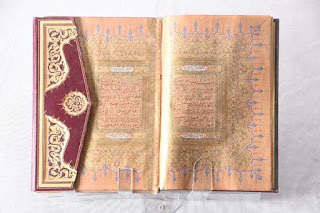 The Holy book of Quran

Elham Salah, the head of the Museums Department at the Ministry of Antiquities, said that the exhibition put on show a collection of 57 artefacts that were carefully selected from the Egyptian Museum, the Coptic Museum and the Museum of Islamic Art.

The exhibition aims to shed light on religion in Egypt since ancient times; from the monotheistic era of King Akhenaten to the appearance of Judaism, Christianity and Islam. 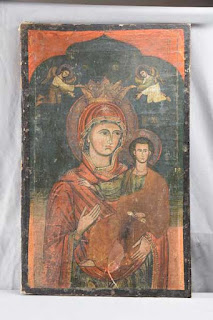 Among the objects on display are the Terracotta head of the oldest ancient Egyptian deity discovered in Beni Salama, the statue of priest Hotep Di If from the third ancient Egyptian dynasty, a relief of King Akhenaten and his family worshipping the god Aten, and a relief of the goddess Isis and the god Harpocrat from the Greaco-Roman era.

Wooden boxes that were used as holders of the Torah and religious silver pots are also among the objects on display, as well as icons depicting the Virgin Mary and Jesus during their voyage to Egypt, and a copy of the Holy Quran and a silver Islamic-era chandelier decorated with foliage ornaments.

Six Islamic-era lamps recently recovered after being stolen from Cairo's Al-Refai Mosque will be on special display within the exhibition, as well as items that were recently seized in Egyptian ports before they could be smuggled abroad. 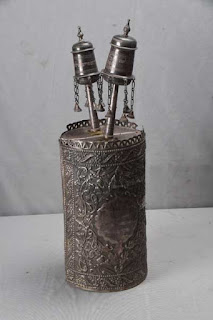 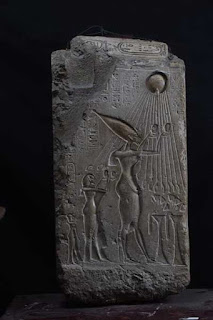