In Cairo's Garbage City, These Entrepreneurs Could Be The World's Best Recyclers

In Cairo's Garbage City, These Entrepreneurs Could Be The World's Best Recyclers 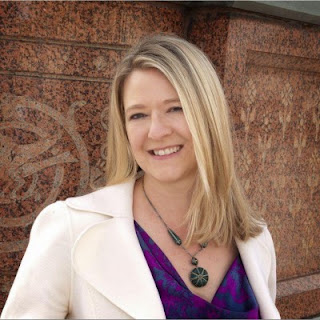 I cover entrepreneurs of the Middle East and North Africa. 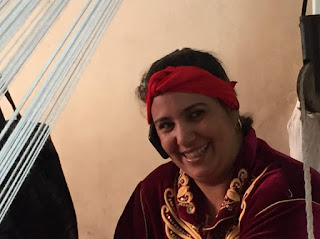 CAIRO-The air is rank with the smell of trash in Cairo’s Garbage City. But behind a gate and at the end of a long walkway leading away from the  alleys lined with bags of garbage, a courtyard is filled with trees that clean the air.

Inside one of the workshops framing the open space, Safaa Latif stands at a loom, bringing the shuttle down hard to push the weft through the warp. A fabric is being born: Bright rainbow colors drawn through a pink background will become either a small rug or a purse.

She is one of a group of five women working in this room at a Cairo nonprofit called Association for Protection of the Environment, which helps the women of Cairo’s Garbage City become microentrepreneurs. Paid by the piece, they share a large portion of their sales with the nonprofit, which also runs a retail shop.

On the streets outside, garbage has turned into gold for their marginalized community . The people who sort trash by hand, picking out the valuable cardboard, plastic and metal, are able to recycle four times more than conventional waste management companies, based on reports by international agencies. The lure of that life is strong-- it's difficult and dirty, but it's profitable. The women in the nonprofit are trying to care another path for themselves and their children, who attend an after-school program at the Association.

The people who live and work in Garbage City are called Zabbaleen, which means garbage collectors in Arabic. I took a walk through alleys and amid heaps of bundled and bagged garbage. I listened to the people tell me -- through a translator and expert on Egyptian crafts, Khalida Amr Mofeed -- that they don’t like being called the Garbage Collectors. So let’s call them the Recyclers. The visit there made me think about Hillbilly Elegy, about the Appalachian community in the United States. On one hand, people have a strong drive to get out -- but there are so many factors that keep them in the old way of life, from family ties, to money to the prejudice they face outside.

The Recyclers, estimated at anywhere from 30,000 to 70,000, manage about 40% of Cairo’s garbage, an estimated 15,000 tons a day. They recycle 80- 85% of the volume they take into their neighborhood, according to various sources – though how anyone could have effectively estimated the volumes isn’t clear. Conventional waste management companies recycle less than 50% and as low as 20%, though Mother Jones has reported much higher levels in some cities, like San Francisco.

The Recyclers are a community of Coptic Christians who stepped into their place in Cairo society after they emigrated from the south of Egypt to escape, I was told by a tour guide, a life of subsistence farming. The Copts are an early Christian denomination and remain just under 10% of the population of Egypt. The definition of persecuted versus discriminated against is tricky -- but many experts say Copts are persecuted in Egypt and that Christians are persecuted today in many countries with a strong current of Islamic extremism.

The Sisi government, reversing years of policy by its predecessors, has begun recognizing the Zabbaleen as serious businesspeople, registering dozens of their enterprises as waste handling companies. The Guardian reported 44 companies had registered in 2013, employing more than 1,000.