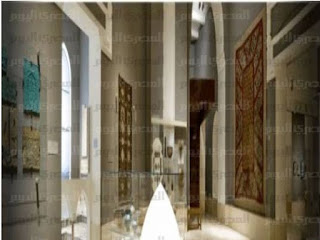 Since its inauguration on Wednesday, the Museum of Islamic Art in Bab al-Khalq received 10,000 visitors as of Sunday, Al-Borsa news reported.

General supervisor of the museum Ahmed al-Shawky said this recorded number of visitors is the highest since the museum's first opening in 2010. This large number demonstrates people's awareness and keenness to know about their history and to stand up against terrorism, he added.

Approximately 2,000 visitors have entered each day including Egyptians, Arabs, and foreigners.

The gift shop also saw a high turnout of visitors who were keen to buy copies of historical books, Shawky said. He pointed out that copies of some books have sold out.

The museum is planning a free course for tour guides at 10 am on January 24, under the supervision of Shawky and the museum's curators. The course will include a full explanation for the history of the museum's archaeological holdings, according to Al-Borsa.

President Abdel Fattah al-Sisi inaugurated the Museum of Islamic Art on Wednesday morning after the restoration work had been completed.

The total cost of this restoration work stood at LE57 million. The UEA provided LE50 million, while the Antiquities Ministry provided LE7 million.

The museum suffered damage from a suicide car bomb attack at Cairo Security Directorate near the museum in January 2014.

According to the statement, the prime minister, the ministers of interior and international cooperation, and the Cairo governor attended the inauguration as well as the ambassadors of countries that have contributed to the museum's renovation project including the United Arab Emirates, the United States, Switzerland. UNESCO and Italian Foreign Ministry representatives were also in attendance.