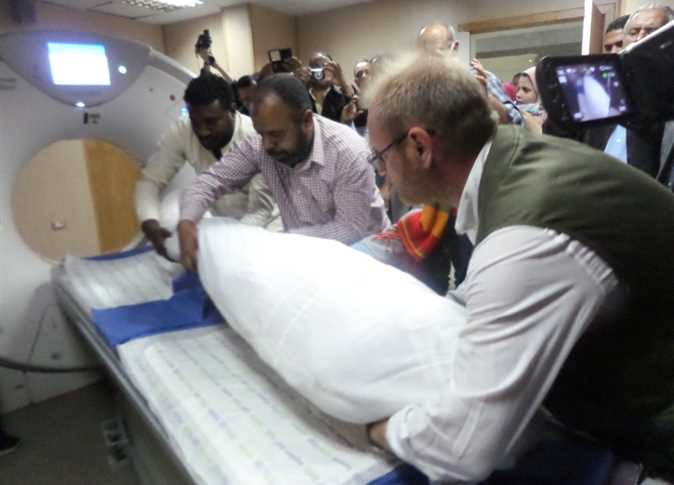 Scans and 3D X-rays on two mummies which were discovered during excavations at the Elephantine tombs, west of Aswan, revealed the mummies date back to the Late Period of Ancient Egypt.

The first mummy dates back to around 3000 BC, while the second dates to the beginning of the Middle Kingdom of Egypt, which existed around 1950 BC.

The University of Aswan said in a statement that the discovery comes following joint examination and cooperation between the Aswan University, headed by Professor Ahmed Gallab, the University of Cayenne in Spain, and Egypt's Ministry of Antiquities.

The latest scanning technology was used in the X-ray, which, according to the statement, is capable of performing 124 radial segments simultaneously, with a high quality and accuracy.

Egyptologists believe that both mummies are likely to have died of acute gastrointestinal fluctuations.

There were no traces of bruises or any other type of disease on the mummies, according to the statement.