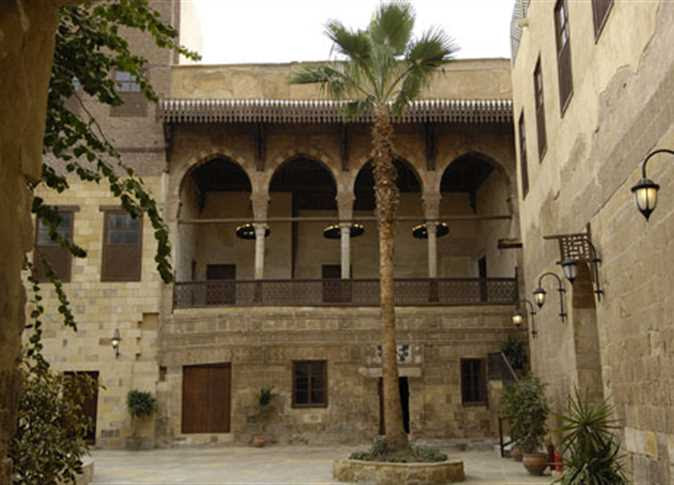 The Ministry of Antiquities announced on Tuesday the renovation and maintenance of Prince Taz Palace in al-Khalifa neighborhood and Sheikh Mohamed al-Sadat House in the Sayeda Zeinab neighborhood as part of a national campaign launched by the Ministry in 2015 to save 100 historic buildings in old Cairo.

Director General of the Historic Cairo Antiquities Department Mohamed Abdel Aziz said that the estimated cost of the maintenance of both buildings is LE2 million.

The project is due to be completed in a year by a private company under the supervision of the Ministry.

Prince Taz Palace is one of Egypt's historic palaces that is characterized by its distinctive architectural style. It was built by the Mamluk Prince Saif Eddin Taz. It covers an area of more than 8,000 square meters and has a large courtyard in the center, surrounded by the palace's buildings.

The Sadat House is located in the new Helmiya area in Sayeda Zeinab. It dates back to the Ottoman era and was built following the Ottoman architectural style.

It has a garden, a ground floor with warehouses and kitchens and an upper floor which has living rooms and a small corner for prayer.