For instance, we are in the process of fully documenting the architectural elements of the palace of Merenptah currently on display in the Lower Egyptian Gallery, in preparation for the future reinstallation of this material on the 3rd floor of the museum. This includes documentation and research on a variety of levels, and just last week, the palace elements were laser scanned** in order to document them as accurately as possible before they are moved. 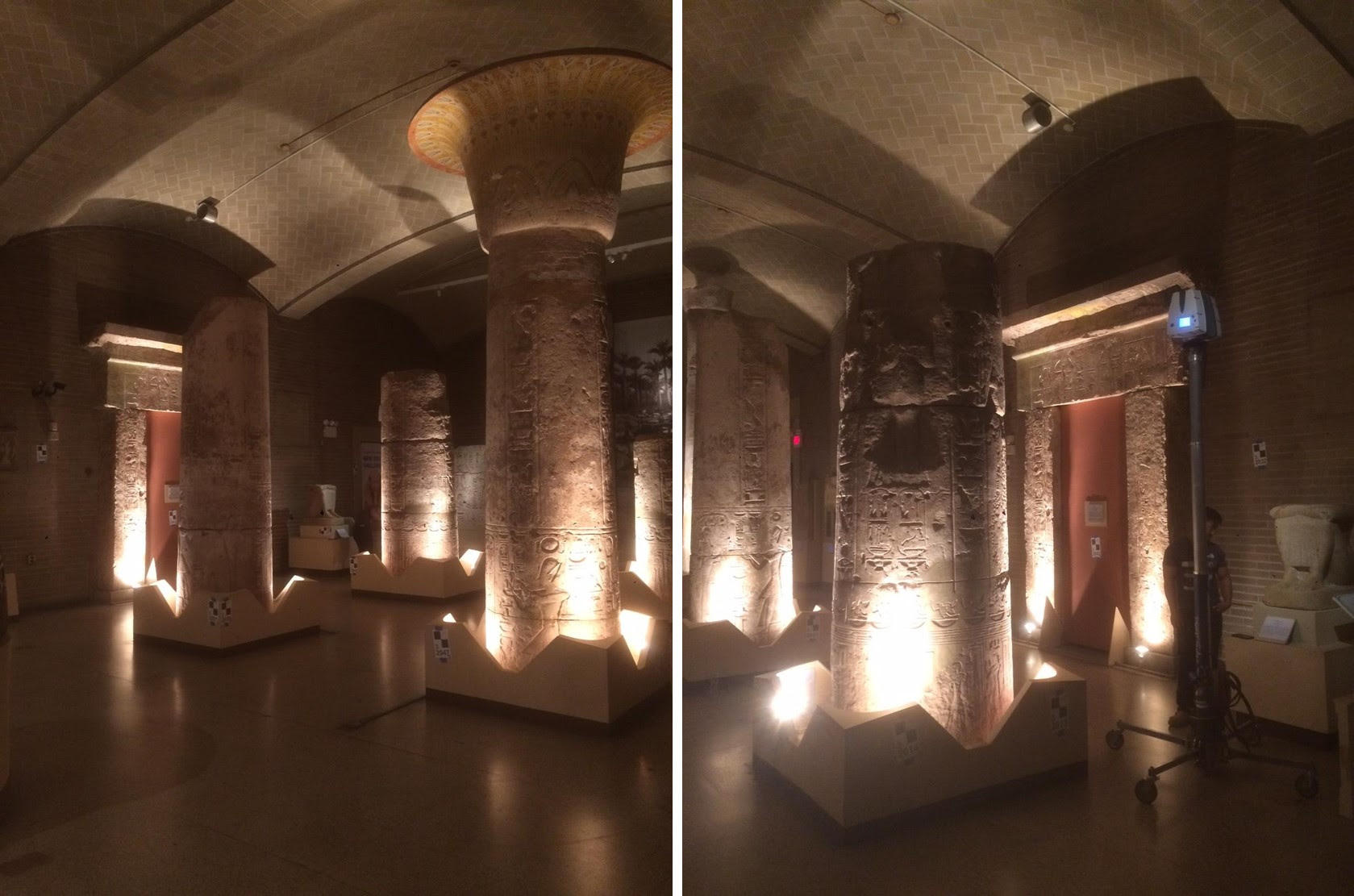 To supplement the laser scanning, we are creating condition maps of each of the architectural elements. These are big pieces, so it requires us getting up on a lift so that we can examine all surfaces of the columns, gateways, and doorways.

Last week, we began by examining and documenting one of the palace doorways. We always thought that this doorway had been up since 1926 like the rest of the palace, but in the photographs from the opening of the Lower Egyptian Gallery in 1926, this doorway isn't there!

We know that the Lower Egyptian Gallery opened on May 19, 1926. So when was that doorway installed? Well, when we got up on the lift to examine it from above, we could see that there were some very minor differences in the way that it was installed, but we also saw a scrap of newspaper stuck between the plaster restoration on one side and the wall. 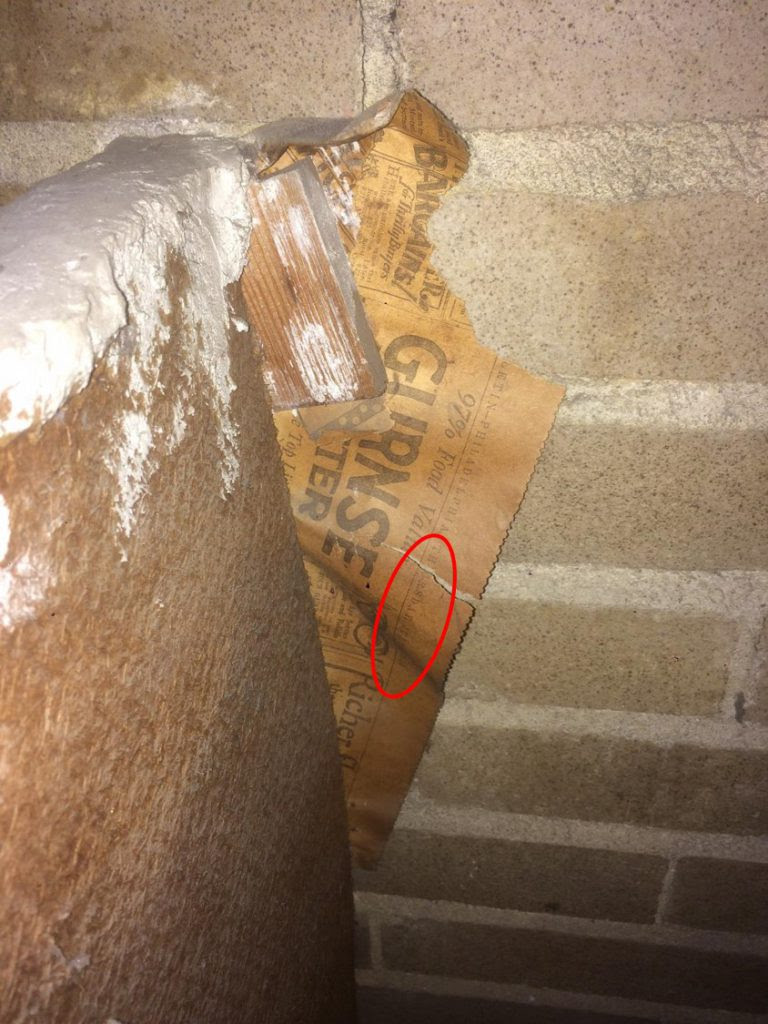 A piece of newspaper wedged between the wall board and plaster restoration and the wall behind the doorway.

And this piece of newspaper has a date on it! It is a scrap from the Philadelphia Bulletin dated to Thursday July 22, 1926. So it seems that they intended on installing the doorway for the opening, but may have run out of time, and installed it just a couple months later. This isn't a huge revelation, but it is an example of some of the fun investigating that we do as part of our work to reconstruct the history of our galleries and the objects that are installed in them.

**the laser scanning of the palace of Merenptah is funded through a generous grant from the American Research Center in Egypt (ARCE) Antiquities Endowment Fund (AEF).