The Director and the Pharaoh: How Thomas Hoving Created the Museum Blockbuster

When King Tut became a celebrity. 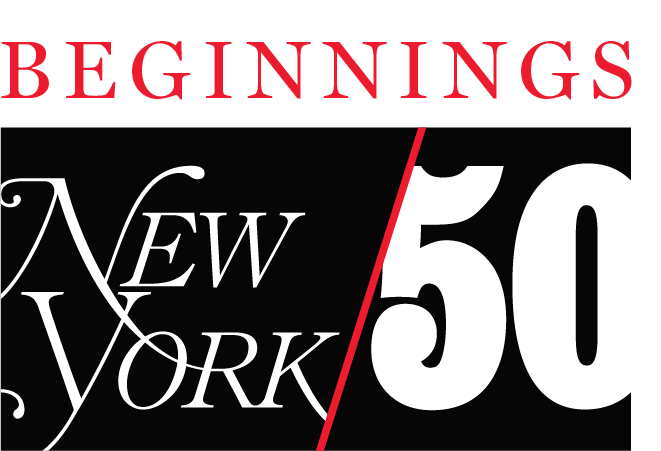 In celebration of New York Magazine's 50th anniversary, this weekly series, which will continue through October 2018, tells the stories behind key moments that shaped the city's culture.

The "Treasures of Tutankhamun," which landed at the Metropolitan Museum in 1978 at the end of a six-city American tour, abounded in riches of every kind. The 55 antiquities, excavated in Egypt's Valley of the Kings a half-century earlier, included a 22-pound gold-and-lapis death mask, which had covered the Egyptian boy king's body for 3,300 years, and the sinuous gilt-wood goddess Selket, who had guarded his intestines. Spotlit photos and text narrated Howard Carter's dramatic 1920s unearthing of coffins layered like priceless nesting dolls — a narrative of swashbuckling archaeology that set the stage for the Indiana Jones epics. But the most impressive feature of the "King Tut" exhibition, the part that changed history, wasn't even in the museum. It was the mile-long line to get in.

The first blockbuster museum show to be so labeled, a traveling loan of funerary objects that brought in 8 million visitors nationwide and filled Egypt's coffers with gift-shop profits, was unprecedented. It was an ancient-art exhibit that was also a pop-culture moment, fodder for — among other memorabilia — a Steve Martin sketch and million-selling single ("He gave his life for tourism!"). The enormous attendance shocked museums along its route — big institutions like LACMA and Chicago's Field Museum — into to revamping their systems and dispensing separate exhibit tickets for the first time. And over the much longer term, it set museums on an irreversible path to an era ruled by populism, commercialism, and fierce competition for treasures and visitors.

"King Tut" had many fathers, including Richard Nixon and Egyptian president Anwar Sadat, who saw the show as a step toward détente; the British Museum and the Soviets, who had staged earlier Tut shows; and Carter Brown, the ambitious head of Washington D.C.'s National Gallery. But no one did more to bring Tut to the States, or indeed to bring museums into the larger world of marketing and commerce, than the Metropolitan Museum's director, Thomas P.F. Hoving. It was Hoving who worked his way through Egypt's labyrinthine bureaucracy and shaky infrastructure to secure those precious objects, paying off functionaries, electricians, and even an Egyptian critic along the way. And it was Hoving who did the most to create a culture that made blockbusters conceivable in the first place.

Back in 1966, the year before Hoving became Met director, curator Morrison Heckscher had begun a lifelong career at the museum — and was, he recalls, immediately struck by how boring it was. Still half-built after nearly a century, its 5,000-year purview omitting entire civilizations, the institution chartered to advance "popular instruction and recreations" had become a warren of "incredibly dusty, static exhibits," Heckscher says, serving its donors and curators but not the city around it. "You'd come in during the week and there'd never be anyone in the gallery. The place was empty, and the labels were incomprehensible."

Dropped into that sleepy environment, Hoving acted fast but also systematically. Fresh off a colorful year as New York's Parks commissioner, with a Ph.D. in art and a father who ran Tiffany & Co., Hoving was a politician with the instincts of a scholar (or was it the other way around?). His middle initials were said to stand for "Publicity Forever." Much later, in a scathing, dubious, and incredibly fun memoir, Making the Mummies Dance, he made much of the museum's formerly sorry state. At his first meeting with the curators, he asked to see the special-exhibit schedule — there was none — and then to meet with the exhibition committee, which didn't exist. He thought up a show on the spot, "In the Presence of Kings," a gathering of royal objects already in the museum's diverse collections. To build it, he hired the museum's first dedicated exhibition designer, who repainted and restaged existing space in what would turn out to be a dry run for "Tut" and every blockbuster thereafter.

Next, he decided to turn the Met's 1970 centennial into an 18-month cavalcade of exhibitions and concerts — Nina Simone! "Harlem on My Mind"! Original fanfares by Bernstein and Copland! He also hired an architecture firm to come up with a master plan, filling out the footprint and opening up the façade. "I want a new attitude," he told the architects. "The 'new' Met must proclaim in a very loud voice, 'Welcome.'"

Eight years later, more than a million King Tut visitors poured into a museum Hoving had utterly transformed. First there was the exhibit itself, a feat of storytelling. Objects were arranged in order of their excavation, to give a sense of the archaeologists' own discovery, accompanied by contemporaneous photographs and crisp wall text. Some exhibit windows opened onto the brand-new Sackler wing, a hangar-sized jewel box built to house the newly installed Temple of Dendur. Beyond these capstones of Hoving's renewal were acres of flashy new wings, departments, acquisitions, and exhibits. As Hoving's long-serving successor, Philippe de Montebello, would recall at the former's memorial in 2009, this was the beginning of "what I am convinced will someday be called the Hoving era," a time when, "if Coleridge will forgive me, the caverns heretofore largely measureless to man were transformed into stately pleasure domes, now accessible to all."

By the time "Tut" came to town, Hoving was gone from the museum. After a relatively short run of ten years, he'd resigned under growing pressure from the board. The pace of his changes, disruptive in every sense, had turned out to be unsustainable; he couldn't go on steamrolling his internal critics indefinitely. "He alienated a great many of the curators by storming through a lot of his decisions," de Montebello says now. "But in the end, I think that what he did was a very good thing for the museum world."

Much of that involved normalizing the concept of the international loan exhibition. Hoving, who'd previously run the Met's Cloisters, was an avid and skilled raider of the world's art, exploiting government connections and "smugglers and fixers" to beg, borrow, and buy what others might have stolen. As director he aggressively pursued loans in the aftermath of world events: after a Soviet thaw, he wangled rare Scythian gold from the Hermitage; after a devastating Florentine flood, he nabbed frescoes rescued from cathedrals. He also lobbied Congress to pass a bill guaranteeing government indemnification of loaned art, making it affordable for the first time. "Tut" was the first U.S. exhibit covered under the new law.

Hoving was, in his way, a forerunner of today's Über-collectors, those heads of modern museums who troll the global art-fair circuit for the hottest properties. He operated under the idea that it's better to have one pricey masterpiece than ten minor masterworks. He'd likely have disdained the recent payout of $450 million for a mediocre Leonardo, but he set a record of $5.5 million for Velásquez's Juan de Pareja after selling off several second-tier Impressionist paintings (to the collective outcry of the art Establishment).

Grasping the celebrity power (and tourist pull) of international icons, Hoving used their showpiece works to anchor the collections. To boost the American Wing, he traveled with Heckscher to buy an entire Frank Lloyd Wright house and reinstall much of it inside the museum. "He was after the big picture," says Heckscher, "making the museum in reality the kind of encyclopedic institution it had always claimed it was." His biggest get, in every way, was the Temple of Dendur. It was a late and relatively unimportant example of its kind, one that he himself called a white elephant. But it was an entire Egyptian temple — a hell of a draw. To secure the gift — and get it away from the Smithsonian, which also wanted it — he sprung for the gift-wrap, a giant skylit room built into the master plan. "So what if it looked like a two-foot-long glass case blown up?" he wrote in his memoir. "I knew the drawings would sell. And I was willing to bet no other city or institution would come up with anything like it. This was sheer theatrics."

The "Temple of Dinner," as some later called it, became home to parties like the revenue-generating Met Gala. It was perfect for a museum in transition, changing from a repository of objects to a stage for once-in-a-lifetime experiences. Carrie Barratt, a deputy director at the Met who is currently planning the 150th anniversary, sees the long-term value in short-term events. "When you ask people, 'What's the principal reason you go to museums,' the number one reason is 'to have fun,'" she says. "That's what makes people come back."

Sometimes, after a revolutionary cracks open a hidebound institution, the next leader tilts back toward caution. After Hoving's departure in 1977, the Met was led for 34 years by de Montebello, a director skeptical of the razzle-dazzle blockbuster. "I used to say, 'You see these banners on the façade?' It's not the glow of health but the flush of fever," says de Montebello. As in any other field — publishing, movies — blockbusters don't always earn out. "Once you're on that treadmill, in terms of budgetary matters and visitorship, it's extremely difficult to pull back."

But after Tut there was really no going back, not for the Met or any other institution. Hoving's once-revolutionary ethos rapidly became the dominant one. Thomas Krens took over the Guggenheim in 1988, and rapidly his museum began expanding around the world and hosting exhibitions in which controversy and pop appeal trumped connoisseurship and scholarship. ("The Art of the Motorcycle," in 1998, was no King Tut, and Krens was excoriated for it — but he also didn't lose his job, staying on as director until 2008.)

While the Guggenheim employed starchitects to build global franchises, MoMA and the Whitney built their own glass-and-steel flagships, prioritizing event spaces. Even the Louvre sprouted a glass I.M. Pei pyramid. The museum building frenzy eventually boomeranged back to the Met. This year's forced resignation of Thomas Campbell, de Montebello's short-tenured successor, stemmed in large part from his overambitious plan to build a new wing for modern and contemporary art, which threatened to strain the museum's finances. Contributing to the problem was another Hoving holdover: a big exhibition schedule.

It's no small irony that the Southwest Wing, where Campbell got ahead of himself, is the same corner of the museum that brought Hoving down. In his final year as director, Hoving had proposed to build the "Fine Arts Center of the Annenberg School of Communications," a library of art images and video lectures  intended "to record all the works of art in the world," as he put it. "The problem," says de Montebello, "was that while many of the ideas behind the Annenberg were good, they were gobbling up extremely valuable real estate."

If King Tut and Dendur were the peaks of Hoving's tenure, de Montebello thinks the Annenberg fiasco represents both his greatest strength and greatest weakness — his immense foresight and his incurable haste. When assessing a piece of art, says de Montebello, "Tom would look at one thing and there was an immediate flash of 'this is right' and 'this is wrong.' And much more often than not, he was right. But perhaps he acted a little too much on his first impressions."

Then again, Hoving's final idea has come to pass without taking up any real estate at all. "The idea of spreading the word on art, and the whole of idea of detailed reproductions—that happens with social media," says de Montebello. "Google's Art Project is the Annenberg Center, using the technology of today." Maybe the forefather of the blockbuster, who brought marketing and fun and, yes, money into art at the highest levels, was not in tune with the times but decades ahead of them.